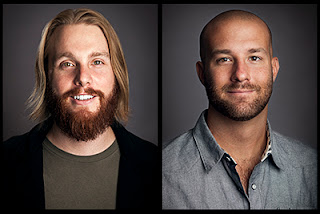 UCI's Dr. Sarah Pressman joins me on Get the FUNK Out! (Look at that HAPPY Face!) 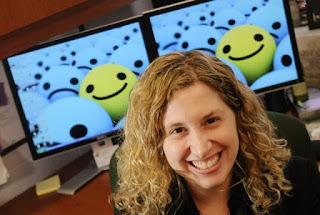 If you missed Dr. Pressman on my show today,
you can hear the entire show here.

Dr. Pressman is an Assistant Professor of Psychology at the University of California, Irvine. Her research focuses on the associations between social relationships, emotions and physical health, with a focus on the underlying physiological and behavioral processes that might connect positive emotions to wellbeing. She has published in a variety of well regarded peer-reviewed journals (e.g., Psychological Science, Psychological Bulletin, Health Psychology), and her work has been featured in top media outlets like the New York Times, the Wall Street Journal, CBS, USNews and many other popular magazines and papers. Among her numerous awards from psychological societies and universities, one of Dr. Pressman's papers was selected as one of the most cited and influential papers in the field of Psychiatry and Psychology.

Dr. Pressman seeks to understand if and how positive emotions are beneficial for objective physical health and longevity. She has done extensive reviews of the literature to better understand this relationship, and has more recently examined this association at the worldwide level with Gallup. Her experimental work has also focused on the possible pathways by which positive emotions, such as feeling excited, happy, or calm, might “get under the skin” to influence biology. These diverse physiological pathways have included immune function, cardiovascular activity, and neuroendocrine pathways.

Dr. Pressman is also interested in the role of positive psychosocial factors in the stress process. Is it the case that positive emotions buffer an individual’s reactivity or recovery to psychological stressors? Is this one pathway by which positive individuals have longer, healthier lives? Her current research focuses on examining the properties of both emotion and social relationships in laboratory stress scenarios, as well as in the real world with the goal of trying to better understand these resilience factors.
Posted by Get the Funk Out! at 3:43 PM

On the second half of my show...Nutrition Educator and Plant-Based Food Specialist Shelly Kays Detken!

Special guest Shelly Kays Detken
on the second half of today's show!

If you missed my conversation with Shelly, you can listen here.

A Bio from Shelly Detken...Nearly 7 years ago I embarked on a personal journey to address some minor yet life-altering health issues which doctors were either unable or unwilling to fix. They merely prescribed medication without so much as the question, “What is your diet like?” It didn’t take long before I was fed up with taking meds I knew were unhealthy, had undesirable side effects, and did nothing to address the underlying causes. At this point I took matters into my own hands and began researching health and disease. The information I came across consistently related to food; that our diet is most often the cause of most afflictions from which people suffer in industrialized countries, not to mention the extra pounds most people seem to be carrying. I thought I was a healthy eater, so this was very surprising to me. However, the more I researched and looked at the actual science, I realized I was consuming anything but a healthy diet.

Long story short – once I ceased taking any medications I knew weren’t helping, and changed my diet to one that comprised of primarily whole, plant-based foods – everything changed! No longer do I suffer from migraines, sleepless nights, 3-4 colds a year (now its zero!), depression, horrible periods with an erratic menstrual cycle, and unexplained pain (diagnosed as Fibromyalgia). In addition to learning about the connection between disease and nutrition, I became sadly aware of the frighteningly deleterious effects raising animal foods has on our planet. Thus began my quest to learn all I could about nutrition and health, hopeful that I would help others by empowering them to take control of their health as I did. I LOVE cooking healthy, vegan foods and helping others do the same! A few of my favorite things: animals – apes especially; spending time with my family; cooking and eating; sunshine; yoga and fitness; hiking; books; interior decorating; sunflowers; ladybugs, butterflies and dragonflies; trees; listening to my amazing daughter Cambria singhttp://soundcloud.com/cambriadetken; traveling – especially to Hawaii; NFL – Go Broncos!; growing our own food in our Tower Garden https://plantiful.towergarden.com/ - to name a few!

On the first half of this week's show, special guest Adam Leipzig!

If you missed Adam on my show, you can listen to the entire conversation here.

Adam shares what he's learned in the entertainment industry as a producer, writer and entrepreneur. He publishes the popular online magazine Cultural Weekly, has produced or distributed 25 movies, launched more than 300 theatre plays and performance events,written for the New York Times and other publications, designed and built 4 successful businesses, and consulted with dozens more.

Results from Disney to Penguins

Adam has worked with “Top 10” worldwide brands such as National Geographic and Disney, and some of his movies have also become household names, including March of the Penguins, Dead Poets Society and Honey, I Shrunk the Kids. Collectively, Adam’s projects have generated over $2 billion in revenue on $300 million production spending. Twice in his career he has been responsible for the year’s most profitable motion picture.

Adam is expert at training people how to design ideal environments for creativity, because the ideal environment drives massive value. People and companies who work with him have achieved immense profits and growth. Adam gratefully shares his career highlights with the others who participated, because no person ever does anything alone (one of Adam’s principles is always building and supporting your team):

• As President of National Geographic Films, transforming the company into a full-service operation, and obtaining $125 million in financing.

• As Senior Vice President, Walt Disney Studios, participating in the company's growth from 6 to 20 movies a year.

• As Publisher of Cultural Weekly, launching an online magazine and lifestyle brand aimed at supporting creativity and elevating our cultural discussion.

• As an advisor, working with Rand McNally to design and develop new products for new markets.

• As an entrepreneur and "intra-preneur," launching and operating 4 successful businesses.