Jared Nichols, futurist, consultant, speaker, and coach joins me on Get the FUNK Out! I had a great time chatting with Jared on today's show!

If you missed any part of the show, listen here.

Jared has published over 20 articles and is the author of Leading the 21st Century: The CEO’s Guide to Thriving in a Volatile and Uncertain Environment, and Four Futures for the 21st Century Non-Profit. Jared is 1 of 12 thought leaders from the U.S, Canada and England selected as advisors for the holistic crowdsourcing curriculum project launched by Graceland University and the Center for Communities of the Future.

Jared also holds a Master's Degree in Strategic Foresight and is regularly quoted in the media on a wide variety of issues which, have recently included the future of entrepreneurship, the changing face of the news industry, capitalizing in uncertain times, the information economy, and the future of the workforce and education.

Jared is also a musician, competitive cyclist, and trail runner living in Boone, NC with his wife and 2 year-old son.
Posted by Get the Funk Out! at 8:58 AM

Sal Masekela featured on Get the FUNK Out Monday at 9am pst! 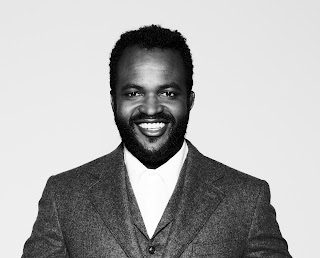 
If you missed the show, you can listen here.

Sal Masekela is a commentator, journalist and producer best known and beloved for his work hosting ESPN’s Summer and Winter X Games, his cultural reporting in South Africa during the 2010 Soccer World Cup and hosting E! Network’s the Daily 10. A native of New York, Sal honed his love of showmanship from an early age while touring the world with his father, South African jazz icon Hugh Masekela. That experience coupled with his teenaged exposure to Southern California’s counter culture produced an avid surfer, snowboarder and skateboarder, giving Sal his unique voice and perspective that has cemented him as a fixture in sports and lifestyle news circles.

Continuing to grow as sports & entertainment’s most sought after and engaging talent, Sal continues to raise his profile in the film and television world with projects such as lending his voice in Sony Pictures Feature Animation’s Oscar nominated Surf’s Up in 2007, a role in the upcoming comedy “The Misadventures of Ben Banks”, and recently producing two documentary short films through his UX Entertainment production group. The documentary short “Alekesam” was recently accepted into the 2012 Tribeca Film Festival and will premiere on April 19th in New York. “Alekesam” chronicles the highs and lows in the life of Sal’s father, Hugh Masekela, an Apartheid activist and renowned musician who was exiled from his homeland in South Africa for 30 years. It also highlights Sal’s own journey in embracing his roots through music and reconnecting with his father.

Sal grew up surfing, snowboarding and skateboarding, but officially began his career in sports answering phones at Transworld Media; the bible of action sports culture, and it was there that he soon found his voice and his niche. At Transworld, Sal not only rose to become the Assistant Producer of Transworld’s Snowboarding Video Magazine series, but also the MC for Board Aid – a music and action sports based AIDS education youth program. Sal then went on to become the marketing director of Planet Earth, a clothing and skateboard company, and in 1998 helped launch the lifestyle apparel brand “Alphanumeric”. Alphanumeric quickly became the industry’s leading street and sports apparel line and had a significance affect in shaping what the action sports apparel business is today.

It wasn’t long before FOX Sports executives discovered Sal’s unique ability to draw a crowd, and in 1997 asked him to co-host the FOX Sports half-hour action lifestyle show “Board Wild”. MTV soon took note of Sal’s potential to connect sports, music and the youth culture together, and he quickly became MTV’s action sports “go-to” guy. From 1998-2002, he co-hosted the ever-popular MTV Sports and Music Festival as well as MTV’s Board Blast. It was Sal’s debut in the 1998 snowboarding documentary Snow Taxi that then attracted the attention of ESPN. Sal was initially hired as a snowboarding sideline reporter for the 1999 ESPN Winter X Games, and quickly became known for his ability to make action sports accessible to a broader audience. He would go on to host both the Winter and Summer X Games, and has also appeared as a host for such ESPN lifestyle programs as “The Life”, “X Today”, “X In Concert” and “Tony Hawk’s Gigantic Skatepark Tour” as well as being one of the NBA’s Western Conference sideline reporters on ESPN and ABC.

With talent not limited to sports Sal has hosted such entertainment shows as E!’s Live Countdown to the Golden Globes and Academy Awards and during his work on E!’s Daily 10 was well known for his wink and a smile humor as well as chatting up the likes of Julia Roberts with ease.

Through an understanding of alternative cultures and lifestyles, Sal is able to capitalize on his experiences and truly bring a unique and authentic perspective to the projects he is involved with. It is his widespread popularity with young audiences, as well as the immense respect from the athletes in action sports that will allow Sal to continue breaking new ground within this culture and demographic for years to come. Currently, In addition to his hosting, producing, acting, writing and voice over work, Sal lends his name and time to the charity he co-founded, Stoked Mentoring, a non-profit action sports organization for “at risk” youth with the mission of “Developing successful teens with opportunity, knowledge, experience, and determination through the use of action sports, mentoring and coaching” (www.stokedmentoring.org).

Marcy Massura - Director, Digital Engagement shares great advice for getting and staying out of a FUNK! 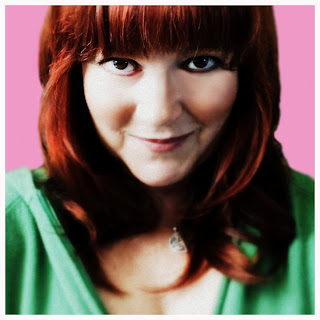 First up on my Get the FUNK Out show at 9am pst, special guest Marcy Massura right here on KUCI 88.9fm and streaming on www.kuci.org.

If you missed Marcy, you can listen to the entire interview here.

ABOUT MARCY -- In addition to developing social strategies for numerous high-profile clients, she is an accomplished public speaker presenting keynotes on community management, influencer relations, and various brand strategies at numerous conferences across the US including BlogHer, WOMMA, BlogWorld, MIMASummit, Social Media Strategies Summit and many more. She has been digitally active for over 6 years, after a successful career in process crisis consulting for the apparel manufacturing industry. As a Director, Digital Engagement- Marcy was a 2012 finalist for PR News Social Media Professional of the year and she provides strategic input for Lunchables, National Pork Board, Motorola, The Campbell’s Soup Company, Suave, Fisher Price, Nabisco, Verizon and many more across the Weber Shandwick national network. Marcy is also a wife and mother to two boys, and a 4th generation native to Orange County.


www.marcymassura.com
Posted by Get the Funk Out! at 12:59 PM

Ruth Harrell, Development Director of Vitallink.org at 9am and then Fernando Navarro from The Almighty Grind!

Ruth Harrell joined me today at 9am from Vital Link; this great organization coordinated a fantastic educational event at UCI recently with Kid 2.0.

They have an up-coming event: STEM 7 the Arts Career Showcase on april12-14 at the OC Fair. It is a bigger version of Kid 2.0 and it is geared towards middle school, high school and community college students.
Ruth Q. Harrell
Development Director
Vital Link
Bringing your career to life...Explore, Discover, Connect. tm
http://www.vitallinkoc.org
As seen on PBS SoCal http://video.pbssocal.org/video/2252907537
Featured in the OC Register: http://jobsearch.ocregister.com/2012/08/27/vital-link-exposes-students-to-range-of-career-possibilities/1528/

Find out how to be a guest on the Get the FUNK Out show, by sending inquiries to janeane@kuci.org.