Kelly Zirbes featured on Get the FUNK Out! How do you get your FUNK Out? Listen to Kelly LIVE or you can find the podcast here

Kelly Z - Six Strings and Me 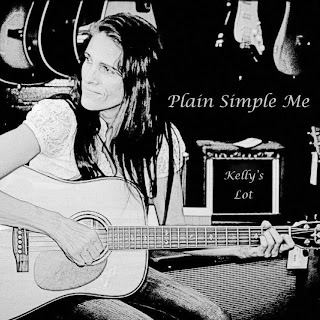 If you missed Kelly on today's show, you can hear the entire show here!

Kelly Z is the lead singer of the band Kelly's Lot. This year she recorded and released an acoustic CD of her more folksy singer/songwriter material and has hit the ground running with a summer tour. Kelly started her musical career playing open mikes and coffee houses to share her songs and inspire others. But when the band formed in 1995, Kelly Z was taken off that road and driven full blast into the world of a full electric rock band. After 15 years, nine CDs and lots of touring, Kelly's Lot released a Blues/Rock CD, 'Live in Brussels', recorded at The Montmartre in Belgium and began getting the attention of the blues community and lots of opportunities. But it was the acoustic versions of the band that really helped get them out on tour nationally and internationally and that inspired Kelly to start working on her latest recording ‘Plain Simple Me’. This new disc features the folksy songs and the singer/songwriter element behind the band. The messages have always been the focus and now Kelly is ready to share her softer side with others. One song, '28' has been chosen in Canada to help raise awareness for keeping children safe. The song 'I'll Go (A Soldier's Oath)' has hit home to Veterans across the USA after a video was produced to say "Thank you for your service".

Kelly Z is hitting the road on July 26 for her first solo tour that will take her from Los Angeles to Chicago and back again. Her guitar player, Perry Robertson, will join her in Minneapolis, Milwaukee and Chicago. Learning to walk emotionally in another's shoes is the message that Kelly wants to express with the music she is presenting at these concerts. With that in mind she reached out to friends across the country to help her book shows and offered to do the concerts for a charity of their choice. A few friends took the challenge and a tour was planned.
Posted by Get the Funk Out! at 7:38 PM

Kathleen Hallal and her partner Zen Honeycutt, who founded Moms Across America, joined me this morning!

What a show with Kathleen Hallal and her partner Zen Honeycutt! If you missed them on my show this morning, you can hear our entire conversation here.

These powerhouse ladies have three boys each, and their kids had to overcome severe health conditions by improving their diet and eliminating GMOs. They are trying to spread awareness among parents of the importance of a healthy diet in helping to overcome chronic issues with our children's health. They are sponsored by Nature's Path and recently held a premiere of the new film GMO OMG in Laguna Beach.


ABOUT KATHLEEN HALLALKathleen Hallal is a speaker, activist, and mother to three boys aged 7, 9 and 11. Her sons were diagnosed with an autoimmune disorder called PANDAS or PANS. Kathleen had learned about GMOs, but never made the link between her children's health and possible side effects of eating this chemical laden food. When Kathleen learned from a farmer that livestock often suffer from similar issues, and that their health improves when taken off of Genetically Modified feed, she decided to change her family's diet to organic to see what happened. Sure enough, their health improved. She is now spreading the word among parents and the nation about GMOs so that people can get educated about this subject and improve the health of their families, too. She co-founded Moms Across America with Zen Honeycutt to plan a massive educational campaign to get the word out to everyone at parades across the nation on July 4. Supporters of GMO labeling will march in parades holding banners and passing out flyers so that everyone can learn about just what GMOs are, and to ask for labeling.


ABOUT ZEN HONEYCUTT
Zen Honeycutt is the founder of Moms Across America, a coalition of unstoppable American Moms, and organizer of Moms Across America March to Label GMOs July 4th 2013. She is a writer, speaker and activist and OC CA mom of three boys with food allergies. One of her boy's life threatening allergies has greatly improved by going GMO free just after 4 months. She is committed to letting the world know that Moms are seeing their children's health improve when they go GMO free.--
Zen Honeycutt

"You must do the thing you think you cannot do." Eleanor Roosevelt

"Never doubt that a small group of committed people can change the world. Indeed, it is the only thing that ever has." - Margaret Mead

"I always wondered why somebody didn't do something about that, then I realized I am somebody." - source unknown
Posted by Get the Funk Out! at 8:23 AM

Publisher/Creator of the Spirited Woman Directory, Nancy Mills joins me on today's show! 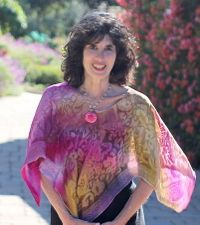 If you missed Nancy Mills, you can listen to the entire conversation here!

ABOUT NANCY MILLS
Nancy Mills is the Publisher/Creator of the Spirited Woman Directory: A Collection of Stories & Resources for an Inspired Life! A leading women’s visionary, she is the founder of TheSpiritedWoman.com, a global empowerment community for women and the creator of the Sisterhood of the Sacred Scarves. She is also the publisher of the popular Spirited Woman Blogger Team, and the host of the “Spirited Woman Visionary” conversation series, where she is known for her inspirational insight and her ability to inspire women. A frequent radio and TV show guest, Nancy speaks internationally on women’s empowerment issues from letting your voice be heard to her belief in the Every Woman Visionary.
Posted by Get the Funk Out! at 8:18 AM