Award-winning writer, producer/director, and singer/songwriter Annie J Dahlgren joined me Monday at 9:30am!

Did you miss Annie J Dahlgren on today's show?
Listen to our conversation here! 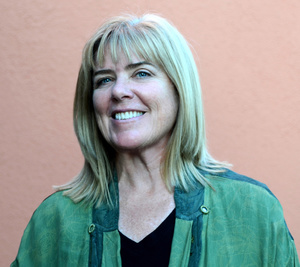 Annie has completed over a dozen screenplays, winning recognition on numerous occasions as quarter- or semi-finalist in such prestigious writing competitions as the Nicholl Fellowship, the Chesterfield Writing Fellowship, the Austin Film Festival competition and the LA Expo, among others.

In 2007 Annie co-wrote and co-produced a musical comedy for the stage, Moment of Truth, that was performed at the Center Stage Theater in Santa Barbara in June and July of that year.  An earlier musical, Fortunes Made, was released as a music CD in 2005 and later as a narrated audio performance.  In addition she has released four CDs of original music as a singer/songwriter and her fifth CD is in process.

Annie is also a partner in Over 40 Productions, producing, directing and editing music videos for independently produced musicians in the Santa Barbara area.

2013 saw the production and release of her story The Bet by the “Community Film Studio Santa Barbara”, a non-profit community-based production company of which she was a founding board member.  The film took first prize at the La Femme Film Festival in Los Angeles and will soon be available in digital distribution.

Now beginning a new phase with the novel A Murder at the Potter Hotel in partnership with long-time local historian Neal Graffy, it is the first in a series of stories that will follow Leontine, Patrick and Daisy through the early years of 20th century Santa Barbara, California.


FEATURE FILM “THE BET” TO PREMIERE
ON VIDEO ON DEMAND MARCH 3, 2016
Actress Finola Hughes Turns Her Talents to Directing in Multi-Generational RomCom

The film tells the story of three generations of a family living together who all are “looking for love” and come up with a unique bet to spur them on to a new romance. High school senior Addison is still a virgin and his friends are urging him to do the deed before he leaves for college in the fall. His grandfather Collier wants to find a little excitement in his golden years and suggests that the two of them find suitable ladies for each other so they make a bet on who will score first.

Caught between the two guys is single mom Libby, a copywriter who is persuaded by her office mate to start dating again. Suffice to say, none of the romantic maneuvers goes according to plan, but everyone ends up exactly where they should be by film’s end.

With a story by Annie J. Dahlgren, screenplay by Dahlgren and Christina Eliason, and directed by Hughes, the film was lovingly shot in the Santa Barbara area and makes excellent use of the gorgeous scenery and local talent. A production of Community Film Studio Santa Barbara, THE BET was produced by Christine Fry, James Kahn and Jack Presnal; executive producers include Linda Newlin, along with Hughes. Craig Kohloff serves as Director of Photography, Ron Carter is production designer, the film is edited by Cristian Cazor and featured music by composer Brian Mann.

See more information on the production at: http://www.thebetmovie.com