Author Judith Whitmore joins me Monday 9am on Get the FUNK Out! 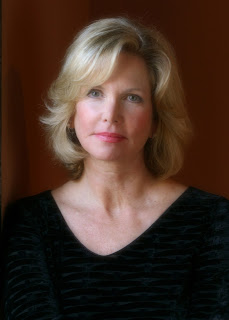 Judith Whitmore is the author of Come Fly With Me, a novel inspired by her life in the clouds. The novel debuted April 2013 and has already earned several awards and honors.


If you missed Judy on today's show, you can listen to the entire conversation here.

To learn more about Judith Whitmore and her other works, please visit www.judithwhitmore.com.
About Judith Whitmore
My parents named me Judy...after Judy Garland. I was blessed with a mother who believed exposure to the great musicals of the 1940's and 1950's was as important as learning your ABC’s. She would often rush into my room and say something like, “Your algebra can wait, Singing in the Rain is on TV,” her attitude no doubt prejudiced by her father’s position as a violinist in the MGM Studio Orchestra. Whenever you see The Wizard of Oz or Meet Me in St. Louis, and you hear those amazing violins...one of them was Grandpa. Skipping homework to watch movies was sort of like spending time with him. Grandma was also a musician. At thirteen, she supported herself as a pianist in silent movie theaters.

With an eye toward growing the family’s musical tree, Mom enrolled me in singing and dancing lessons early on. I “Shuffled Off To Buffalo,” with my pre-adolescent imitations of Ginger Rodgers, Doris Day, and Carmen Miranda for my parents’ friends, our Japanese gardener who spoke no English, and lost travelers who knocked on the door of our then rural San Fernando Valley home seeking directions. I practiced the piano every day, because my mother said it would make me popular.

My immersion into the world of Cole Porter, Johnny Mercer, and Rodgers and Hammerstein led to a bizarre obsession. I spent my childhood waiting for a hidden orchestra to materialize at Riverside Drive Elementary School, tormented by the thought: How would my classmates know the dance steps when that happened?
During college I got a gig singing background vocals for Capitol Records, and appeared on stage with a local band in Berkeley, California. I also played Frau Schrader in a production of The Sound of Music. I pursued the “performer” path, while harboring an equally desirous goal. If anyone asked me what I wanted to be when I grew up, the answer was always the same. “I want to be a bride.”

And why not? My mother’s life was glamorous - - a house with a swimming pool, a charge card at Saks, and a weekly afternoon card game where she and her friends ate coffee cake and smoked cigarettes. Dad loved seeing her enjoy herself. She was the love of his life.

Dad’s family came from Russia...Poland...Russia...Poland. The border kept changing, so they had to learn a lot of different languages. When I was fifteen, my folks wouldn’t let me go to Palm Springs for Easter break, but when my grandmother was fifteen, she kissed her parents goodbye and walked across Europe by herself...from Russia to Amsterdam. She arrived in New York, found work in a sweatshop, and eventually earned enough to bring her eight brothers and sisters, her parents, and her own grandparents to America. Whenever I have to do something really difficult, I remember I have her genes.

My Dad and Mom met when they were both in the army. Yes, that’s right. I am the only person I know whose mother served in the Army during World War II. On my piano is a photo of a woman in uniform. It looks like a head shot of Rita Hayworth. It’s not. Dad thought Mom was a knockout. She was. When my father was wounded during WWII, Douglas MacArthur came to his bedside to personally award him two Silver Stars and a Bronze Star along with a Purple Heart. Dad taught me to be relentless when setting goals for myself, and his life and deeds speak volumes about the value of hard work, perseverance, and loyalty. To this day, my heart belongs to him.

I held out for someone just like Dad, adopting Snow White’s mantra -- “Someday My Prince Will Come.” He finally showed up in the form of a fine young man from Beverly Hills. We married, had two children, and promptly gave up the family castle for a mountaintop home in Aspen. I learned to ski, can peaches, and saddle a horse. Our closest neighbors were the singer John Denver and his wife Annie. I cherish the memory of a camping trip we all took with our children. Instead of an alarm clock, I was awakened to John sitting outside our tent, strumming his guitar and singing Rocky Mountain High.

I served as President of American Theatre Company in Aspen for six years. During that time we presented Julie Harris in The Belle of Ameherst, Hal Holbrook in Mark Twain Tonight, Vincent Price as Oscar Wilde, and numerous other wandering minstrels. We produced our own shows in the summertime; among them, Barefoot in the Park, The Voice of the Turtle, The Tavern, and Mass Appeal with John Travolta and Charles Durning. During the same period, I was president of The Aspen Playwright’s Conference. We premiered fifteen American plays, including A.R. Gurney’s The Golden Age, and Mark Medoff’s The Majestic Kid.
When I had had my fill of pulling porcupine quills from my dogs’ noses, I returned to L.A. where I undertook my first independent theater endeavor- - producing Taking a Chance on Love. With a rave review from Variety, I headed to London. I bought a house in Chelsea and co-produced Leonard Bernstein’s Wonderful Town. About that time, my second Prince (this time it would be “happily ever after”) came along and I settled down in Pacific Palisades, California.

After having enough therapy to undoubtedly pay for my therapist’s swimming pool and her Mercedes, I decided I liked the process. I went back to college and earned my Master’s in Clinical Psychology. I gave up my West Los Angeles practice in 2001 when I moved to Newport Beach and became a writer.
I am passionate about Beethoven’s Ninth, New York theater, and The Lincoln and Jefferson Memorials in Washington. I cry every time I visit. I adore thin-crust pizza, In ‘n Out Burgers, and pasta with truffles. I’m in awe of my sister and brother, who have devoted twenty-five years to the kids at the Dream Street Foundation, and I love my children more than life itself. Flying has been a lifelong passion since the day I took my first lesson to overcome my fear of planes. My pilot’s license says the FAA trusts me to fly single and multi-engine planes, a Learjet, a Citation jet, a seaplane, and a hot-air balloon. During my time in Aspen, I worked on quite a few search and rescue operations as a member of Air Rescue.

I love to cook, especially the recipes I learned from my two grandmothers, and I still try to practice the piano every day. My favorite pastime is making music surrounded by my family and friends. I do a great rendition of The Best Things in Life Are Free.
Posted by Get the Funk Out! at 6:46 AM