6/25/18 - 9:00am pst - Filmmaker and chairman of the Dean’s Arts Council of the UCI Claire Trevor School of Arts, Ivan Williams, joined Janeane live on KUCI 88.9fm! 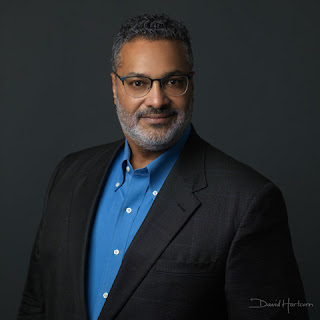 ABOUT IVAN
Ivan Williams is a filmmaker and an executive with a Hollywood story development firm and someone who is also playing a key role in helping UC Irvine move to the next level on across several areas. From the filmmaking front, Ivan has followed up the successful release of M.F.A., with several other key projects. This includes the distribution of the documentary KIM SWIMS, the production of the animated feature THE AARDVARK AND THE ARK, post-production work on documentary titled GENDER IN HOLLYWOOD, and the development of a film that is based on the adapted screenplay of Patrick Dennis’ novel GENIUS.

Besides film, Ivan’s love of the arts extends into the theater as well. This includes helping to produce last November’s Brandon Jacobs Jenkin’s Obie Award winning play APPROPRIATE at Chapman University’s Waltmar Theatre. Which will now be followed up with this November’s staging of IF ALL THE SKY WERE PAPER at the Musco Center for the Arts.

As for UC Irvine, Ivan is not only a UCI Foundation trustee, but he is an adjunct professor in the Paul Merage School of Business, chairman of the Dean’s Arts Council of the Claire Trevor School of the Arts, an advisory board member of the Cybersecurity Policy and Research Institute, and the vice president of the Los Angeles Chapter of the Anteaters in the Arts alumni organization. Right now his key UCI efforts are focused on developing an expanded film program at UCI, supporting the Center of Neurobiology Leaning and Memory’s launch of the “Artistic Brain” initiative, and expanding the reach and impact of the Anteaters in the Arts.