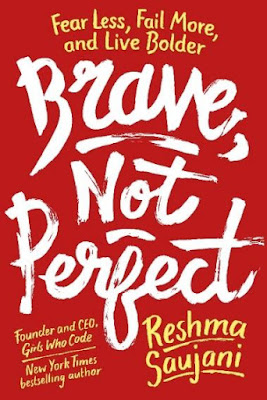 BRAVE, NOT PERFECT: Fear Less, Fail More, and Live Bolder (On Sale: February 5, 2019; Currency) is a bold, honest book for any woman that has felt crushed under the weight of her own expectations. For those that are losing sleep ruminating over a tiny mistake or worrying about what someone else thinks of them. For all the women that are running themselves ragged trying to do it all at home and at work, with a smile and not a hair out of place. For every woman that lives her life by the mantra that failure is simply not an option.

BRAVE, NOT PERFECT is a book that forces women to look at their lives through a new lens. It forces them to ask: am I living the life I always imagined for myself, or am I living a life that merely feels safe?


Inspired by her hugely popular TED Talk, BRAVE NOT PERFECT explores this innate (or instilled) fear that holds women back – both personally and professionally.

From an early age, women are taught to play it safe. Well-meaning parents and teachers reward girls for being quiet and polite, they urge them to be careful so they don’t get hurt. Meanwhile, boys were expected to speak up, get dirty, play rough, and climb to the top of the monkey bars. In short, boys are taught to be brave, while girls are taught to be perfect.

As a result, girls grow up to be women who are afraid to fail. So terrified of not doing everything perfectly, they tamp down their dreams and narrow their world, along with their opportunities for happiness. As too many women eventually learn, being afraid to take risks, to use their voice to take a stand or ask for what they want, even to make mistakes, leads to a lot of disappointment and regret.

BRAVE NOT PERFECT draws on hundreds of interviews with girls and women from around the country, stories of women changing the world one brave act at a time, as well as Saujani’s own personal journey. Because as common and crippling as perfectionism is among women of all ages and backgrounds, what Saujani has seen time and time again, in the many women she has met along the way, is a tremendous capacity to rewire themselves for bravery.

We hope that you’ll agree that this is an important and timely message as women across the country are coming together to speak out against centuries-old power imbalances; from those who broke their silence to ignite the #metoo movement, to those championing pay equality, to the students that are working toward closing the gender gap in STEM subjects – we are witnessing the changes and the triumphs that result from being brave, not perfect.

Reshma Saujani is the Founder and CEO of Girls Who Code, a national nonprofit organization working to close the gender gap in technology while teaching girls confidence and bravery through coding. She has been interviewed on NPR's Marketplace and The Brian Lehrer Show and featured in the New York Times, Forbes, Fortune, Fast Company, Real Simple, Glamour, Family Circle, The Daily Show, and more. She's been named one of Fortune's 40 under 40, a WSJ magazine innovator of the year, one of the 50 most powerful women in New York by the New York Daily News, Forbes' Most Powerful Women Changing the World, Business Insider's 50 Women Who Are Changing the World, and an AOL/PBS MAKER. Reshma is also author of Girls Who Code, a New York Times bestselling book for young readers. Her TED Talk on the topic (below), has been viewed 4 million times. Beyond her influential personal network and 100K twitter followers, Girls Who Code has 200K followers on Twitter, an email list of 50K, chapters in 50 states, and partnerships with 40+ companies with vast employee networks, like Facebook, Goldman Sachs, Google, IBM, Microsoft, Pixar, and Verizon. 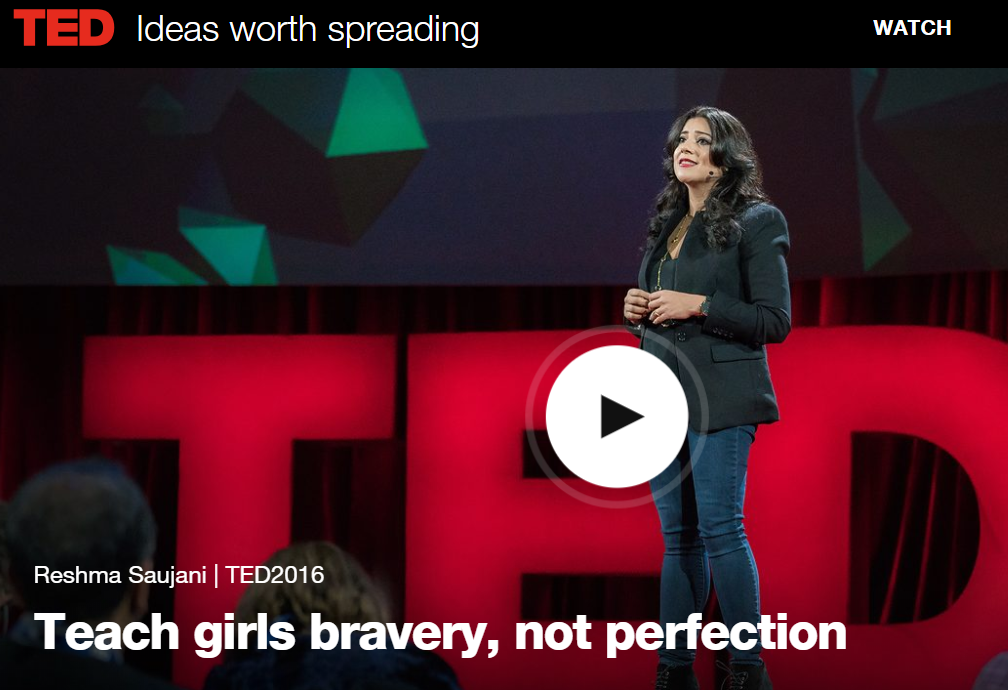 We're raising our girls to be perfect, and we're raising our boys to be brave, says Reshma Saujani, the founder of Girls Who Code. Saujani has taken up the charge to socialize young girls to take risks and learn to program -- two skills they need to move society forward. To truly innovate, we cannot leave behind half of our population, she says. "I need each of you to tell every young woman you know to be comfortable with imperfection."
Posted by Get the Funk Out! at 8:49 PM