Modern singer-songwriter, producer, and author Taylor Barton recently released I Pitched a Tent in Hell, a searing new audiobook on Audible.com. She shares her musical journey, her husband (GE Smith) encouraging her to learn guitar, her incredible friendship with musical influence Bob Dylan, and memorable moments with Tom Petty, George Harrison, Bruce Springsteen, Jerry Garcia and so many other legendary musicians! 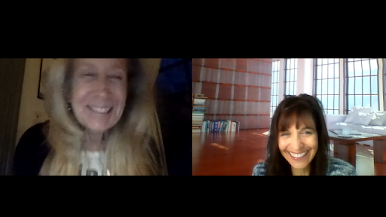 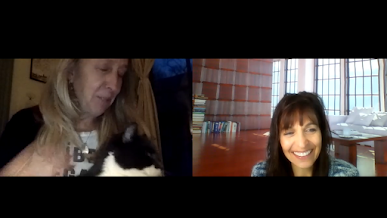 Taylor with Floyd (Yes, named after Pink Floyd!)
From Taylor Barton:
Very excited to share with you my new release on Audible.com; it is a memoir with music.

You can download for free here.
https://www.audible.com/pd/I-Pitched-a-Tent-in-Hell-Audiobook/B08P7MS83Y?asin=B08P7MS83Y Audible is blowing up with music now, and a new way to experience story and melody. I hope you can find space to talk about this with me. Peace.

“Taylor Barton’s music is beautiful. It’s filled with pain, sorrow, happiness, joy, and ultimately the pure expression that comes from an artist who has found resolution in her sense of self… a deeply moving experience.”
- Michael Gardner for Readers’ Favorite *****

Modern singer-songwriter, producer, and author Taylor Barton recently released I Pitched a Tent in Hell, a searing new audiobook on Audible.com. It’s a soulful, original, and introspective work that intricately weaves memories with songs. Each chapter is a personal excavation that concludes with a song inspired by Barton’s life and the volatile, unpredictable chaos she has survived. I Pitched a Tent in Hell showcases folk-rock to country-tinged songs, with a who’s who in the world of musicians. Especially poignant are “Steeplechase” and “Wheatfields” - that
feature Grammy winner Sarah Jarosz’ on vocals and mandolin. The final track of the book,“House of Light”, offers a compelling resolution. Watch the music video for “House of Light” here: https://youtu.be/yn_DNmdQCLA

Taylor Barton says of I Pitched a Tent in Hell:
“Ultimately, the stories and songs are about redemption and forgiveness; many are turbulent love letters, hilarious interactions with family, or confessions. I was thinking of the people I knew in Maryland which is where I grew up, and specifically negotiating the heartbreak with grace and humor. I was letting go of so many people, places, and things that I loved. I have lost my home state, as my family members have died or moved away and when my mother passed, there was no more home to go to. I felt like a refugee. I drove around familiar streets feeling like
a ghost.”


Taylor Barton has released ten critically acclaimed CD’s and won 10 ASCAP Awards. She was an Official Selection for the Mill Valley Film Festival for her film, 50-Watt Fuse. She is also the author of the raucous novel Hotheaded Saints as well as the unique children’s book Pedro n’ Pip: A Rock n’ Roll Odyssey for Eco-Kids.
She is also the Executive Producer of PORTRAITS, a musical series featuring GE Smith that is held seasonally at Guild Hall, East Hampton, New York. All of her work is available on Apple Music, Amazon Music, Spotify, and Audible.com.
Taylor Barton learned her trade in the presence of musical royalty. Her husband, the beloved guitarist G.E. Smith, put the young songwriter backstage with musical legends like Bob Dylan, Neil Young, and Jerry Garcia, and thus, her first song was conceived in the back of Dylan’s tour bus. Born in Baltimore, Maryland she learned to meld urban grit with soulful art.