Dad/Dude/Author Dan Zevin joins me Monday June 18th to talk about his latest book, his love of Costco, and his tricked out Minivan! 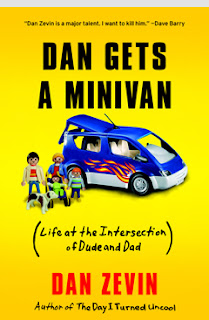 What a week for author/Dude/Dad Dan Zevin! Thursday featured in USA Today, Sunday in the NY Times, and then...Monday morning featured guest on my show "Get the Funk Out!" That's right 9am on KUCI 88.9fm, Dan talked about his latest book, his love of Cosco, and his tricked out Minivan, which I have to admit looks like a pretty cool ride. We stream live on www.kuci.org.

Find out more about Dan Zevin by visiting www.danzevin.com

If you missed Dan, you can listen to the entire show here.
Posted by Get the Funk Out! at 7:50 PM

Arlene Dawn Kole of The Koles joins me Monday on the Get the Funk Out Show! 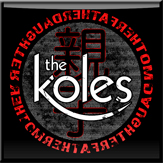 Arlene Dawn Kole of The Koles joined me Monday June 11 on the Get the Funk Out Show! If you missed her, you can listen to the entire show here.

Arlene and her husband Bill Kole have been together for over 30 years and have 3 children and 3 grandchildren. Relocating to Los Angeles in 1992, Arlene worked 3 jobs and sang sessions, nightclubs and weddings while Bill got their music business up and running. They truly embody the American dream as their hard work has manifested as a successful production business and commercial studio.

Arlene Kole graduated the vocal program at the prestigious Grant McEwan College jazz school in Edmonton, Canada. She has sung hundreds of sessions for television, records, and commercials. In the late 80’s she had the honor of seeing a composition penned by herself and husband Bill performed by the Edmonton Symphony Orchestra (of Procal Harem fame). Arlene embarked on her solo career in 2006 and her 2008 debut CD has been met with critical acclaim as has her live show.

In her relatively short singer songwriter career, Arlene Kole has made a tremendous impact on the singer songwriter scene. In fact, the December 2009 issue of Music Connection Magazine named Arlene in their HOT 100 list of the top live acts in the nation. Art of the Song, the nationally syndicated radio program featured Arlene and her debut album in a one hour show that they say is their most responded to and successful show to date. Viv Nesbitt, co-host says:

“We simply weren’t prepared for what we received in the mail. Arlene Kole’s debut CD “One Day” stopped us in our tracks. The lyrics, the arrangements and instrumentation are amazing, but it is the voice that grabs your heart with the gentle firmness of an artist, mother, bombshell blonde and says “Listen, I have something to say. Brilliantly produced by her husband, Bill Kole supports with elegant production and astounding lyrics. This team is non-stop musicality and heart.

"One Day" chronicles the life of a wife, parent, and the eventual plight of us all: growing older in a society that prizes youth. Most importantly, as the title implies, Arlene sends an inspiring message of hope to those who have given up on their dreams, whatever the reason. The dedication on her record says it all:

"This music is dedicated to women everywhere. To wives, mothers and girls like me…those seeking to redefine themselves while being told that their best years are behind them. To all who have dreamed of “one day…” This is that day. This is one day."

Arlene’s second release features her family and the strong musical support of Jim Rolfe & Wyatt Stone. As stated on the CD liner “The funny thing about this record...it was originally a collection of songs that we performed life. However, with the addition of Wyatt it started taking on an interesting life of its own. With now four lead vocalists, a beautiful instrumental song from Jimmy and a couple of cover tunes, this album has truly earned the moniker “Odds & Ends.”

Arlene & The Koles believe that the heart of a society is reflected in the value they place on art. Your support is what allows them and other artists to continue creating and bringing a quality experience to the venues they play and the music they create.

Please support your local arts programs and LAWIM for there “Young Talent Night Program” so that children and teens have the opportunity of discovering the joy of creating and expressing themselves through the arts. Art nourishes the soul while inspiring us all to see the good in the world and in ourselves.

Arlene Kole & The Koles music is available on itunes, CD Baby, Reverbnation, and the website at www.arlenekolemusic.com
Posted by Get the Funk Out! at 8:11 PM