Psychotherapist Bonnie Katz joined me to talk about funks, mindfulness, stress, The Conscious Actor and more! 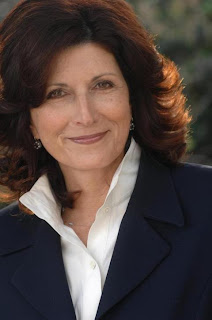 Had a great time chatting with Psychotherapist Bonnie Katz on my show Monday May 21 on KUCI 88.9fm - streaming live on www.kuci.org. We talked all about stress, funks, mindfulness, the Conscious Actor, and more. Great show for all you actors, over-thinkers (definitely me), stress cases (okay, that would be me, too), people who are too tough on themselves (uh, yes, me again).

LISTEN to the entire show here

Kelly Zirbes, blues/rock powerhouse, joins me on Get the Funk Out! 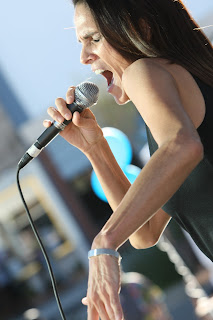 The incredibly talented Kelly Zirbes joined me this morning on my Get the Funk Out Show at 9am pst May 14, 2012! I have spent many a show cranking up her music and it was great having a chance to chat with her. If you missed the show, you are lame! No, just kidding. You can redeem yourself by listening here.

ABOUT KELLY
Kelly Z, a Folk singer with a heart for Rock and Blues, recorded her first demo CD, 'Kelly's Lot', and never looked back. She was always a late bloomer and music was no exception. Next 3 CDs were 'Live at The Troubadour',  'Stop And Make A Difference' and 'Trio'. During that time Kelly and "the Lot" headlined local festivals, toured regionally and went on 2 national tours while playing a variety of styles.

After lots of national radio airplay, they released their next 2 releases 'Come To This' and 'The Light' which were also played in Europe and sold worldwide. Playing for charity became a norm for the band starting in 1999 after Kelly realized that music and giving back made a good match. Kelly’s Lot has been featured on many media outlets for her music and for the charity work she has embraced. These include ABC Perspectives, Channel 4 in Milwaukee, Rock City News, LA times, Pasadena Weekly, Independent Songwriter Magazine, Mixdown Magazine, The Debra Duncan Show, Good Morning Texas, The Gordon Keith show and Fox TV Houston.

Since many Kelly's Lot fans were encouraging her to play more Blues Kelly started composing songs in that direction which was a natural for her and the band. Fellow band mate and co-songwriter Perry Robertson added his Southern Rock flair and the Kelly's Lot Blues sound was on it's way. After a couple more years they began booking more blues festivals including The Waterfront Blues Festival in Portland Oregon, the Big Fish Blues Festival, Maxson Roadhouse, The Santa Clarita Blues Festival and the Pasadena Blues Festival. Recently they have opened for Tommy Castro, Shemekia Copeland, Marcia Ball, John Mayall, Curtis Salgado and have hosted blues events for charity. With the help of European fans and friends they toured across Belgium, Germany, The Netherlands and France during the last 3 years and recorded a live CD  'Live In Brussels'. It was just released in October 2011 while the band plans their 4th European journey.
Posted by Get the Funk Out! at 11:49 AM 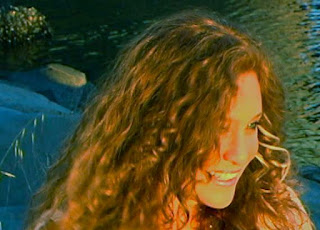 You know that song, "I just wanna bang on my drum all day?" Well, listening to Stacy play her drums would inspire anyone! Today, I had a chance to talk to Stacy about her back story into music, how she balances work, her music, and everything else in between (anyone want to adopt some of her cute dogs?!).

Find out more by visiting: www.stacyrobin.com