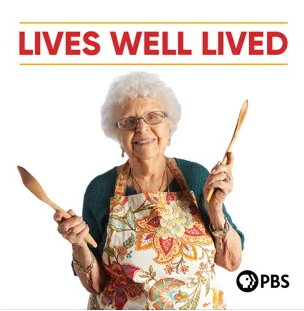 Lives Well Lived celebrates the incredible wit and wisdom of people aged 75–100, who reveal their secrets for living a meaningful life. Encompassing 3,000 years of collective life experience, diverse people share life lessons about perseverance, the human spirit, and staying positive in the midst of life’s greatest challenges. Their stories will make you laugh, perhaps cry, but mostly inspire you. 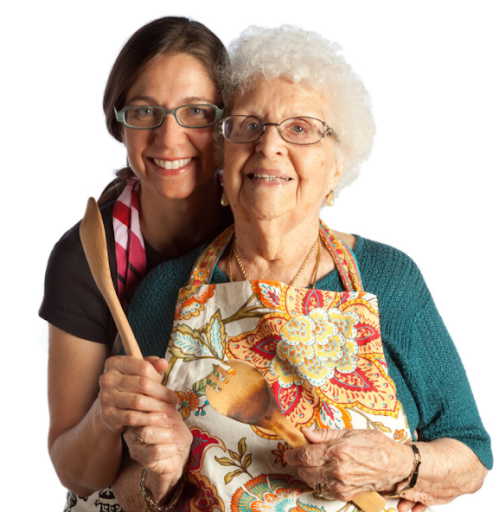 Her fine art work is included in permanent collections at the Los Angeles County Museum of Art, The Brooklyn Museum, the Seattle Art Museum, the Santa Barbara Museum of Art, and the Bibliothèque Nationale de France (National Library of France) in Paris. Her book, The Naked & The Nude: Images from the Sculpture Series, includes an introduction by Hèléne Pinet, curator of photography at the Rodin Museum in Paris. She has shot book covers for Random House and Farrar, Straus & Giroux, Inc., and magazine spreads that appeared in Smithsonian, Arthur Frommer’s Budget Travel, Reader’s Digest, and Archaeology Odyssey.

Sky Bergman currently is a Professor of Photography and Video at Cal Poly State University in San Luis Obispo, CA.

My 103-year-old Italian grandmother enjoyed exercise, making the best lasagna you’ve ever tasted, and being with family. I started filming her cooking about five years ago when she was 99 years old. I filmed her at the gym because I thought, no one will believe that my grandmother is still working out. I asked her if she could give me a few words of wisdom, and that was the beginning of this adventure.

The “graying of America” is no longer a futuristic prediction: The Beatles appeared on The Ed Sullivan Show over 50 years ago and Baby Boomers are turning 70. As I was approaching my 50th year and starting to reflect on my own life, I began a quest to search for other people, who like my grandmother were living life to the limits.

In our society, the elderly are often overlooked. Lives Well Lived celebrates the incredible wit, wisdom, and life experiences of older adults living full and meaningful lives in their later years. Their stories are about perseverance, the human spirit, and staying positive during the great personal and historic challenges.

I hope these stories inspire people of every age to achieve the longevity of both health and spirit, and to realize that growing older can be a journey to be celebrated.
Our Journey

Beginning with its premiere at the Santa Barbara International Film Festival, Lives Well Lived has screened in more than 200 cities. The film has won eight awards, and the theatrical run garnered enthusiastic reviews and a 100% Fresh rating on Rotten Tomatoes. Organizations like Aging 2.0, AARP’s Movies for Grownups, Encore.org, and Leading Age have screened Lives Well Lived. Now the film is available on PBS!


A more in-depth look at the passion behind the film and its filmmaker, Sky Bergman.
Interview with Growing Bolder: “Putting Active Aging in Focus” www.lives-well-lived.com

Secrets to a Life Well Lived

How do you define a Life Well Lived?

Demonstrates the ways in which documentary filmmaking can make a difference in society and the way we perceive the world around us.

The film offers a new appreciation of the past and of our cultural heritage. It inspires a search for “roots” and prepares families to collect the stories of their elders.
Sky Bergman, Filmmaker | SkyBergman.com
Posted by Get the Funk Out! at 7:39 AM 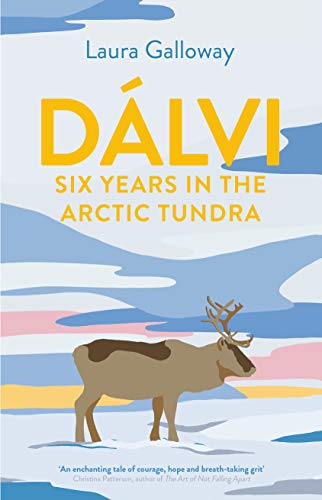 “An affecting memoir and a paean to the singular climate and landscape of the Arctic, Dálvi

(winter in northern Sámi) is a profound exploration of connections lost and found.”

tale of courage, hope and breath-taking grit. I loved it."

—Christina Patterson, The Art of Not Falling Apart


An ancestry test suggesting she shared some DNA with the Sámi people, the indigenous inhabitants of the Arctic tundra, tapped into Laura Galloway's wanderlust; an affair with a Sámi reindeer herder ultimately led her to leave New York for the tiny town of Kautokeino, Norway. When her new boyfriend left her unexpectedly after six months, it would have been easy, and perhaps prudent, to return home. But she stayed for six years.

Dálvi: Six Years in the Arctic Tundra (on sale October 2021, Atlantic/Allen & Unwin) is the story of Laura's time in a reindeer-herding village in the Arctic, forging a solitary existence as she struggled to learn the language and make her way in a remote community for which there were no guide books or manuals for how to fit in. Her time in the North opened her to a new world. And it brought something else as well: reconciliation and peace with the traumatic events that had previously defined her - the sudden death of her mother when she was three, a difficult childhood and her lifelong search for connection and a sense of home.

Both a heart-rending memoir and a love letter to the singular landscape of the region, Dálvi explores with great warmth and humility what it means to truly belong. 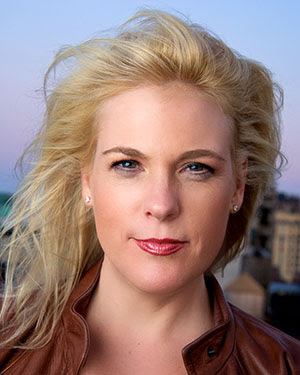 Laura Galloway was born in Indianapolis, Indiana. She is a writer and communications strategist. She began her career at the Los Angeles Times and holds a Master of Arts in Indigenous Journalism from the Sámi University of Applied Sciences in Kautokeino, Norway, and a Bachelor of Arts in Political Science from the University of Southern California. An ardent animal lover, she and her partner live with her two reindeer- herding dogs and two cats. More information at: https://authorlauragalloway.com/ 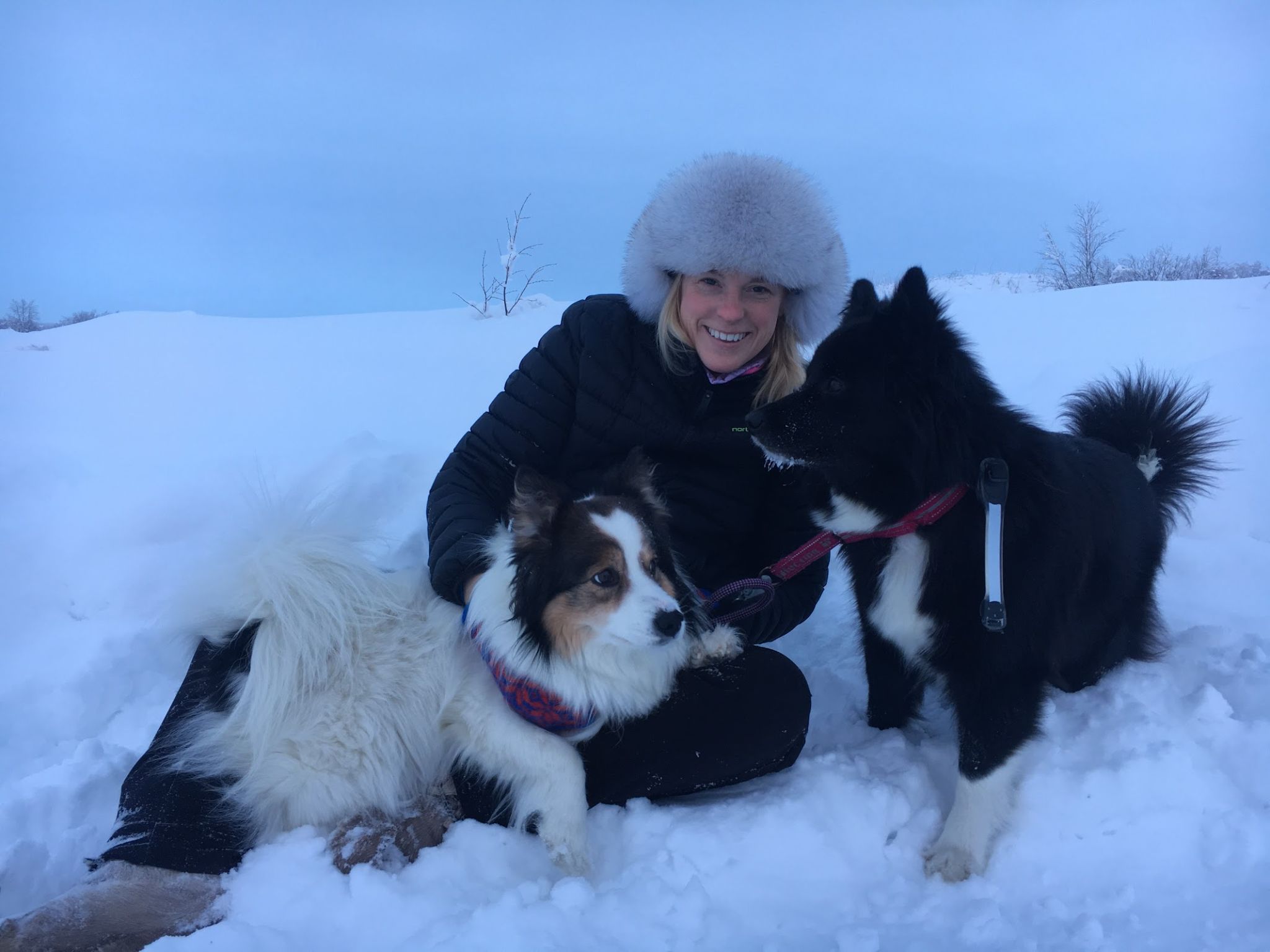 What people are saying about Dálvii:


“This engaging, emotionally-charged memoir tells of an American woman’s courageous journey to self-discovery in the wilds of the Arctic tundra”


“A beautifully written meditation on family, belonging, and reindeer” 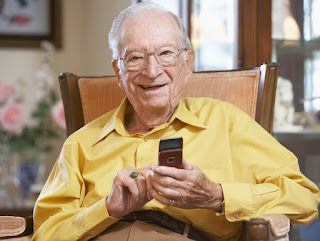 Phone buddies for seniors to reduce social isolation and improve well-being. Our weekly calls by trained, compassionate volunteers can serve seniors anywhere, whether living in facilities or at home.
ABOUT DONNE
Donne Davis, founder of the GaGa Sisterhood, a national social network for enthusiastic grandmas, and author

There are more than 28,000 homeless children attending Orange County Schools. For more than 25 years, Project Hope Alliance has been ending the cycle of homelessness, one child at a time. With you, we can end homelessness today and prevent homelessness tomorrow.
Visit www.projecthopealliance.org to learn more and join the movement.
Interested in becoming a corporate partner? Visit www.projecthopealliance.org/corporate-partnership
Please read:
To help homeless students, embed community services into campus life by JENNIFER FRIEND AND SEAN BOULTON

Project Hope Alliance | Home
Posted by Get the Funk Out! at 9:11 PM 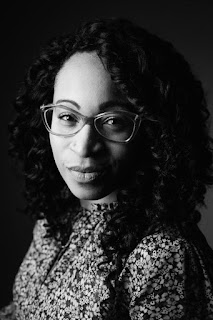 LISTEN
For nearly a decade, Kelechi has worked in the California mental health system in the areas of research and advocacy, community engagement, stigma reduction, and peer support. She began her career as an investigative reporter in New York City, and was the first student-reporter ever published in The New York Times.

After witnessing the impact of trauma and mental health issues on the people she was writing about, she decided to change her focus to providing direct mental health support. She relocated to California and started working at PEERS, a consumer-run mental health nonprofit. At PEERS, Kelechi supervised mental health programs, led communication operations, and partnered with Dr. Patrick Corrigan, on a project which provided mental health recovery story-telling trainings across 41 California counties. She also managed a Columbia University research project examining mental health stigma in the Chinese community with Dr. Lawrence Yang.

A popular keynote speaker, Kelechi worked at CalMHSA as the Statewide Peer and Community Engagement Manager for a large technology project to bring digital mental health solutions to California counties. At CalMHSA, she conducted community outreach and engagement and facilitated listening sessions with over 250 stakeholders to develop digital mental health literacy programming. Kelechi also has a large body of work in suicide prevention, and published the book We’ve Been Too Patient in 2019.

Currently, Kelechi is a consultant working with clients dedicated to transforming mental health, substance use services, as well as justice system reform and workforce development.   Her areas of specialty are training, workshop delivery and design, meeting and retreat facilitation, planning and research, curriculum development,  and community engagement.

In summer of 2020, Kelechi Ubozoh dedicated her time to facilitating healing-centered spaces for black employees internationally to respond to the ongoing violence toward the black community. She also helped co-create the Discussions that Matter program with Heliana Ramirez, which placed peers and clinicians as co-facilitators of affinity groups to support important dialogue emerging in 2020 around race, mental health, radical healing, and moving toward liberation. In 2021, Kelechi was named a Mental Health Champion by the Steinberg Institute.
ABOUT KELECHI'S BOOK
We’ve Been Too Patient: Voices from Radical Mental Health, Kelechi’s book with co-editor L.D. Green, was released from North Atlantic Books and distributed by Penguin Random House, July 2019.
Posted by Get the Funk Out! at 6:00 AM

The technique combines inner exploration, dynamic meditation, and creative liberation. Dynamic Doodling can be adopted by school teachers, parents, and therapists., and can be used as a strategy for navigating difficult emotions and recovering from traumatic experiences.

Dynamic doodling can help people, who struggle with articulating their feelings. It enables anxious and overwhelmed people to clear their mental cache, relax, and reconnect with their inner child.

The technique empowers people to communicate their inner landscape non-verbally and initiate a process of healing.


To learn more about the dynamic doodling technique, contact Sophie at sofiayotova@gmail.com.
Posted by Get the Funk Out! at 7:58 AM 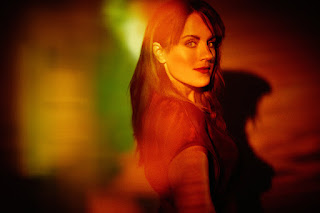 Polymath (noun): a person of wide-ranging knowledge or learning.

Music needs a term for this. What do you call one person who is a pianist, vocalist, keyboardist, composer, producer, arranger, band leader, sideman and more? Music may not have a term, but it does have a name: Rachel Eckroth.

Eckroth can lead with a bold vision or accompany with the subtle skills necessary to make another musician shine. Her combination of jazz experimentation and pop feeling form the engine behind her own work as a leader or co-leader on 20 albums, most recently The Garden on Rainy Days Records (2021). That same crossover talent is why she's been featured on voice and keyboards in the bands of Rufus Wainwright, St. Vincent, KT Tunstall, and Chris Botti.

Eckroth can hold an audience's attention in an intimate jazz club or on a massive concert stage. She did the latter when she opened for Rufus Wainwright's All These Poses Anniversary Tour, standing on stage alone with just her keyboards and her voice, weaving a sonic landscape that kept audiences enthralled. Eckroth is no stranger to television, either, having been a member of the house band on The Meredith Vieira Show and appearing on Saturday Night Live, The Tonight Show, Late Night with Seth Meyers and Good Morning America with various artists.

Eckroth has been a busy recording artist throughout her career, and the pace has only increased in recent years. In 2020, Eckroth appeared on the single "Circling" by Donny McCaslin, the acclaimed saxophonist from David Bowie's final band. That same year, she released three singles of her own. This year (2021) she and her husband, bassist Tim Lefebvre (David Bowie, The Tedeschi Trucks Band) put out a duet album called The Blackbird Sessions Vol. 1. She also released the single "Moot Points" featuring Alassane, as well as an eponymous EP featuring four of her own songs.

Her latest project, The Garden, features 8 tracks written or co-written by Eckroth. The band includes Lefebvre and McCaslin along with drummer Christian Euman, guitarist Nir Felder, and saxophonist Andrew Krasilnikov. Eckroth chose the album title because, like a garden, her music is a diverse ecosystem grown from the seeds of her many musical adventures.

Polymath. Renaissance woman. Jack of all trades. Use whatever term you're comfortable with, or no special word at all. What matters is the music, and Rachel Eckroth's musical world is inviting, exciting, and filled with surprises. Stay a while in The Garden, and then check out everything else this visionary has to offer.
https://www.racheleckroth.com/