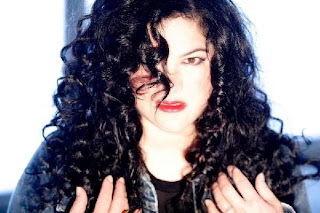 Monday at 9:30am pst on KUCI 88.9fm, my second guest for the show was Kelly Moneymaker! We chatted about her new CD release of "Race Against the Sky" and so much more! If you missed the conversation, you can listen here.

Kelly used to be with the 80s and 90s pop group EXPOSE'. But this solo effort is nothing like the trio. Instead, Martinis & Bikinis music newsletter calls her a mashup of 'Janis Joplin, Bonnie Raitt and Wynonna Judd".

She is also the wife of daytime TV star, Peter Reckell (Bo Brady of NBC's "Days of our Lives")


ABOUT KELLY MONEYMAKER
Fairbanks, Alaska is known more for it’s beauty than a happening music scene, but it did spawn soulful rock vocalist, Kelly Moneymaker. She went pro at thirteen, hit the road a year later and never looked back. Since then, she’s been busy building a diverse body of work–from country love songs for Days of Our Lives to Silvermoney’s hard-hitting, “Goddess Killer” to the rootsy blues of of her upcoming album with In The Black titled "Race Against The Sky."