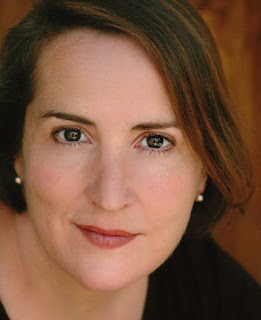 The cast and crew would love your help getting "STUCK"
through Post Production!
Come help out here!


STUCK has an Amazing Cast.
Hilarious footage.
Just a little support, and they'll have a MOVIE!


Dreams came true shooting this film! With female-director-badass Jillian Armenante, hilarious performances came to life from Heather Matarazzo, Amir Talai, Kate Flannery, Kirsten Vangsness, Joel McHale, and so many more. Like any great indie, we went through hell to get it on camera. Grip trucks broke down, neighbors threatened us, cops were called, extra days added... But in the end it was ALL worth it, because we got KILLER footage. Now we just need a little help to make it a movie...


Writers Heather Turman and David Mickel were introduced through Newfilmmakers LA to award-winning director Jillian Armenante, and together the three of them joined forces to produce Stuck! Together, the three of them did something remarkable -- completed a successful Kickstarter campaign, were given a production grant from MovieMaker Magazine, got announced in a Deadline article ( http://deadline.com/2016/09/heather-matarazzo-n... ), and finished principle photography with a celebrity cast unheard of in a low budget indie.

And of course, an absolutely stellar performance by actress Heather Matarazzo (The Princess Diaries, Welcome to the Dollhouse, Saved), in the proper adult lead role her fans have been waiting for.
(Here's a preview of our actors in action!)
https://vimeo.com/189804428

But as all filmmakers know, shooting is only half the battle. The project we poured our hearts and talents into is in limbo, as we need to now pay for editing, color-correction, sound, music, titles, looping, reshoots, etcetera, etcetera...

We've got a hilarious movie on our hands that exceeded all of our artistic expectations, but getting it done and seen by everyone requires more money, time and resources.

DETAILS ABOUT THE TEAM 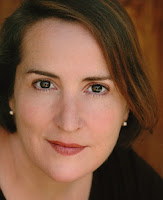 Ms. Armenante has dedicated her artistic life to creating original stories and new works. Most recently she executive produced, wrote, directed and acted in the original series Kittens In A Cage (based on the play by Kelleen Conway Blanchard), with such notable actors as Michelle Monaghan, Felicia Day, Misha Collins, Joel McHale and dozens more. Kittens won a multitude of awards, including Temecula Independent Film Festival: “Best Comedy Feature” and “Top 5 of Festival,” IndieFest Film Awards: “Award of Excellence,” LA Spotlight Film Festival: “Best Feature Film,” LA Comedy Festival: “Best Feature” and “Best Ensemble,” and DIY Film Festival: “Best Comedy Feature.” Additionally, the project took home the coveted “Grand Prize” award at WebSeries Festival Global, and was an Official Selection at a myriad of other festivals in the US and abroad. As an actress, Jillian Armenante boasts film credits in Hail, Caesar!, The Dark Night Rises, Bad Teacher, A Mighty Heart, North Country and Girl, Interrupted. She was a series regular (130 episodes) on the CBS Drama Judging Amy for which she won a TV Guide Award, and is currently in a recurring role on ABC’s Fresh Off The Boat. Additional television credits include Better Call Saul, Scandal, The Fosters, Shameless, Party Down, The Closer, Grey’s Anatomy, The West Wing and countless others. She also holds a BAPA degree from Middlesex University, London. She is represented by DOMAIN TALENT and FRAMEWORK ENTERTAINMENT. 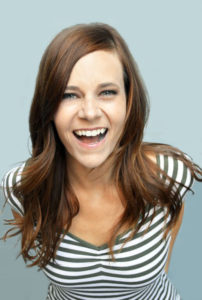 Though she’s known best for her work as a stand-up comedian, Heather Turman has over a decade of experience in creating comedic content of all varieties. At just 19 years-old, Turman co-produced and acted in the short-film Subdivision with Larry Laboe (producer of NBC’s Ctrl and Fact Checker’s Unit). She also wrote, produced, directed and acted in short Opening Night, which premiered at Newfilmmakers LA, and her original web-series Conversations with Future Stars was featured at LA Webfest in 2013. Other acting credits include a role alongside Ryan Gosling in the upcoming film La La Land, by Oscar-winning director Damien Chazelle, and the mockumentary Archie Black: The Worst, starring Jay Mohr. Turman was also a sketch-writer for the 2015 CBS Diversity Showcase, and recently, she and writing partner David Mickel co-wrote and sold their feature The Catch to Principle Entertainment, and the female buddy-comedy is set for production in 2017. As a stand-up comic, Turman attacks the stage with an unapologetic sense of self. Her impeccable timing and brutal honesty have landed her on the FOX series Laughs, and Comedy Time TV. She was also a top-finalist in the 2015 Westside Showdown in Los Angeles, and she has entertained audiences in 20 states and 75 cities. She is represented by Andy Coleman at LINK ENTERTAINMENT. 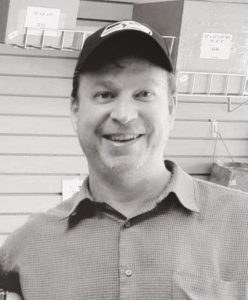 With more than ten years of professional screenwriting experience, Mr. Mickel has optioned and sold a variety of comedy scripts to Hollywood. David’s first feature, the teen comedy Crimes of Fashion was bought and produced by ABC Family, and starred Kaley Cuoco and Megan Fox. He later optioned Dating Mr. Huggles to producer John Davis (I Robot, Predator, The Man from U.N.C.L.E.) who sold it to 20th Century Fox. Most recently, Mr. Mickel & Heather Turman sold their buddy comedy The Catch to Principle Entertainment, which is slated to begin production in 2017. Mr. Mickel is very proud to have STUCK as his debut production-venture.
Posted by Get the Funk Out! at 8:09 PM