Scott Barry Kaufman, Ph.D., scientific director of The Imagination Institute in the Positive Psychology Center at the University of Pennsylvania, and Carolyn Gregoire, senior writer at The Huffington Post, joined host Janeane Bernstein Monday 2/27/17 at 9:00am pst to talk about their book, "Wired to Create." 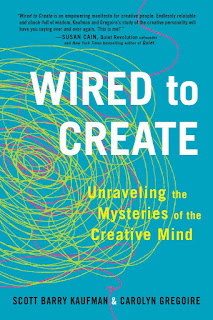 Did you miss Scott and Carolyn on today's show?
Listen here!

A Top Creative Leadership Book of 2015 and a Must-Read Business Book for 2016 – Forbes.com

"Wired to Create is an empowering manifesto for

"With cutting-edge science and timeless wisdom, Carolyn Gregoire and Scott Barry Kaufman shine a light on the habits, practices and techniques that can help us tap into our deepest creativity." —Arianna Huffington, New York Times bestselling author of Thrive


“Together, {Kaufman and Gregoire} have created a satisfying overview of creativity research that is likely to provide nuggets of wisdom to even the most seasoned creative spirit. Readers looking for tips on how to increase creativity will find plenty here.” – The New York Times

Revealing the latest findings in neuroscience and psychology, along with engaging examples of creative luminaries like Josephine Baker, Frida Kahlo, Thom Yorke, and Shigeru Miyamoto, Wired to Create shows us how to enrich the creative aspect of our lives. Let me know if you’d like to schedule an interview for late December or early January. 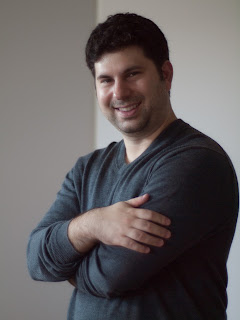 Scott Barry Kaufman, Ph.D., is scientific director of The Imagination Institute in the Positive Psychology Center at the University of Pennsylvania, where he investigates the development and measurement of intelligence, creativity, and personality. He has written or edited six previous books, including Ungifted: Intelligence Redefined. He writes the blog Beautiful Minds for Scientific American, and regularly gives keynotes and workshops on the development of intelligence, creativity, and human potential. 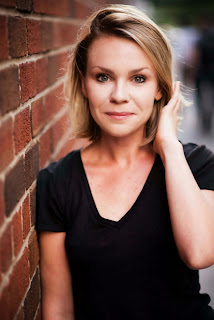 Carolyn Gregoire is a senior writer at The Huffington Post, where she reports on psychology, mental health and neuroscience. Her writing has also appeared in Scientific American,TIME, Harvard Business Review, Tricycle: The Buddhist Review, The New Republic, Yoga Journal and other publications.


Over the years, psychologists and neuroscientists have attempted to put creative people under a microscope, but the creative process has long defied attempts to be neatly categorized. Creative personality types are difficult to pin down largely because they exhibit a complex series of traits, behaviors, skills, environments, and emotions, and it is this easy adaptability that gives them the freedom to create novel ideas and products.

Inspired by their viral Huffington Post article “18 Things Highly Creative People Do Differently,” which garnered over 5 million views in one week, positive psychology expert Scott Barry Kaufman and Huffington Post psychology writer Carolyn Gregoire explore how we are WIRED TO CREATE: Unraveling the Mysteries of the Creative Mind (TarcherPerigee Paperback, on sale December 27, 2016). Combining the latest scientific research with case studies of artists and innovators throughout history, the book shines a light on the practices and habits of mind that promote creative thinking. Kaufman and Gregoire untangle a series of paradoxes – like mindfulness and daydreaming, seriousness and play, openness and sensitivity, and solitude and collaboration – to show that it is by embracing our own contradictions that we are able to tap into our deepest creativity.


In this book, Kaufman and Gregoire explore topics such as:

· The 10 habits of the mind that foster creativity, including imaginative play, mindfulness, intuition, and an ability to turn adversity into the advantage;

· How creative growth contributes to psychological health and wellbeing;

· The neuroscience and psychology behind the argument that we are all, in some way, wired to create;

· Why time for play and curiosity supports learning, and why we need to reinforce this in our education system;

· How the creative personality may paradoxically lead some to score high on characteristics our society tends to associate with mental illness, and the interesting connections between creativity and suffering.


Sacrificing neither scientific rigor nor readability, WIRED TO CREATE is a comprehensive look at and celebration of the creative mind in all of its beautiful complexity and contradictions.
Posted by Get the Funk Out! at 7:32 AM