Coming up Monday 12/6 at 9:00am pst - Megan Fairchild, Author of THE BALLERINA MINDSET 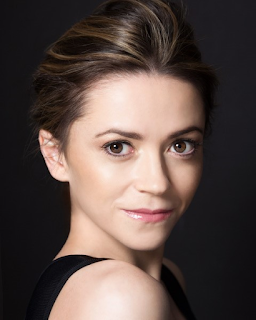 Learn how to thrive in intense, competitive environments with these secrets from one of America's premiere ballerinas--and get a sneak peek at what her life is really like.
From Megan Fairchild, the New York City Ballet principal dancer, Broadway actress, and host of the advice podcast Ask Megan, comes an inspiring how-to guide for dancers, athletes, artists, and anyone struggling to stay sane in a high-pressure environment: THE BALLERINA MINDSET: How to Protect Your Mental Health While Striving For Excellence (Penguin Books; December 7, 2021).

LISTEN to the show!
MEGAN FAIRCHILD
New York City Ballet Principal Dancer and Author of
THE BALLERINA MINDSET:
How to Protect Your Mental Health
While Striving for Excellence 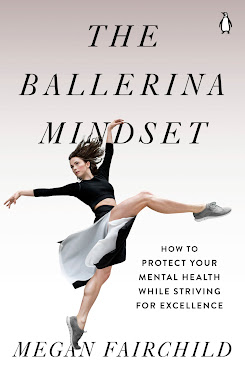 Ballet may look glamorous and effortless to audience members, but it requires grueling discipline. It’s a competitive and physically and mentally demanding career that combines elite athleticism, artistry, and performance. Not only do dancers rehearse for six to eight hours a day before performing at night, but they have to make it all look easy!

As a principal ballerina with NYCB—not to mention a mother of three and a recent MBA graduate from NYU’s Stern School of Business—Fairchild is all too familiar with these challenges. In THE BALLERINA MINDSET, she shares all the wisdom she’s learned from her nearly two-decade career, drawing upon her own experiences to reveal how she learned to overcome everything from stage fright and negative feedback, to a packed calendar and weight management. Her warm and wise guidance is both achievable and healthy, especially perfect for young dancers, performing artists, or athletes.

· On facing anxiety: Remember, even your anxiety’s worst-case scenario—failure—isn’t always permanent. Life is more forgiving than that, and more times than not, we have second chances.

· On embracing uniqueness: If we remember to embrace our uniqueness, we can use it to our benefit. The confidence that comes from owning ourselves, strengths and weaknesses alike, is an attractive thing. People will be drawn to that.

· On physical health: We can be working toward our best selves in a healthy balanced way. It’s about giving ourselves permission to be human. As you take the scary steps toward your goals, stay gentle and real with yourself.

· On handling feedback: If you put all of your work and energy into fulfilling your greatest potential, you will find more satisfaction in the end, and achieve more success than if you allowed yourself to get bogged down with the noise.

THE BALLERINA MINDSET brings readers into Fairchild’s world as she reveals new details about her training regimen, early years studying ballet, and her marriage and subsequent divorce from a fellow dancer. In opening up about the realities of her high stress career, Fairchild addresses not just the potential physical obstacles individuals might face, but the mental and emotional strains as well. The result is an incredibly motivating and actionable guide from one of the most relatable and thoughtful performers working today, someone who readers can look up to and turn to for advice throughout their careers.

· What compelled you to write THE BALLERINA MINDSET?

· How does THE BALLERINA MINDSET differ from other titles geared towards creatives, especially young bunheads?

· NYCB’s fall season—its first since the pandemic began—started in September. What were you most looking forward to now that ballet is back?

· You are very much living you own advice: You are publishing a book during the holiday season—at the same time you are performing in NYCB’s ever-popular run of The Nutcracker, raising three small children, and completing your MBA at NYU’s Stern School of Business. Is there a single piece of advice, or mantra, that you tell yourself on your busiest days to keep yourself centered?

· The pandemic was—and remains—incredibly difficult for performers who rely on live shows. How did you handle the increased stress? Did you explore any new creative outlets?

· In addition to your work as a principal dancer with NYCB, you also played the lead role, Miss Turnstiles, in the Broadway musical On the Town in 2014. Will theatergoers see you on the Great White Way again in the future?

Megan Fairchild is a principal dancer with New York City Ballet. After moving from Utah to New York City at the age of sixteen to study ballet full-time, she was offered an apprenticeship with NYCB, and was promoted to principal--the highest rank--just three years later. In 2014, she took a temporary leave from NYCB to play the lead role, Miss Turnstiles, in the Broadway musical On the Town. She is also the host of the advice podcast Ask Megan, a brand ambassador for Cole Haan, and an MBA student at NYU's Stern School of Business.
Posted by Get the Funk Out! at 1:33 PM