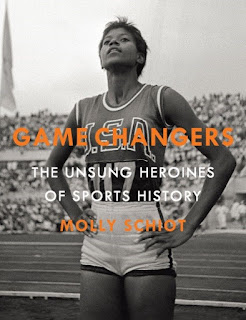 
The Unsung Heroines of Sports History

If you missed Molly on today's show, listen here!

Simone Biles. Serena Williams. Katie Ledecky. Today, we know these women, their names, and their accomplishments, as well as the many others who have left their mark on the sports world in recent years. But what about the women who came before them, the trailblazers who made it possible for these champions to get out on the field and play? In GAME CHANGERS: The Unsung Heroines of Sports History (Simon & Schuster; October 18, 2016; $25), Molly Schiot celebrates the stories of those forgotten female athletes and shares rarely-before-seen photos. 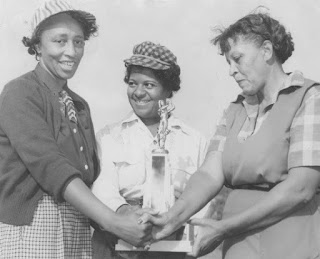 Director and artist Molly Schiot started documenting these lost stories after she pitched an idea for a short film to a major sports network about the Wake-Robin Golf Club, a group of African-American women who fought for their right to play golf in the 1930s (pictured at right). The film didn’t get made, but Schiot continued to spend time researching at the LA84 archive. She soon found dozens more undiscovered female athletes from the pre-Title IX era, and knew she had to highlight their achievements. She created the Instagram account @theunsungheroines and shared a photo each day of female athletes who made significant strides (literally and figuratively) in some of the most popular games in the world. Her account gained an enthusiastic following, and the result is GAME CHANGERS, a beautifully illustrated collection that gives these “founding mothers” the attention and recognition they deserve.

The book also features new and powerful conversations about women and sports between some of today’s heroines—including former US Women’s National Soccer Team captain Abby Wambach, professional skateboarder Lacey Baker, and SportsCenter anchor Cari Champion—and the pioneers who motivated them to push forward. This empowering and unforgettable book is the perfect keepsake for mothers, daughters, fans, feminists, and the champions of tomorrow.


When talented nine-year old Kim Green was refused the right to join Little League baseball in her hometown of Newark, Delaware because she was a girl, her mom Sylvia Green decided to take matters into her own hands. Along with other activists, Sylvia successfully sued the Little League and formed a massively popular all-girls team called “the Angels” in protest. Girls were finally permitted to try out for Little League baseball in 1974 and in that first year alone, over 30,000 young women participated.

Sheryl Swoopes was the first woman to be signed by the WNBA and was the inspiration for the Nike Air Swoopes, the first signature basketball shoe named after a woman. For years before, it had been nearly impossible for female basketball players to find sneakers that weren’t specifically designed for men. Swoopes shoes soon became so popular that men looked for larger sizes so they could wear them too.

Christy Martin is one of the most successful and prominent female boxers in the United States. She was the first female boxer to be featured on the cover of Sports Illustrated and had a seven year winning streak in the ring. After being shot by her then-husband and trainer Jim Martin, she became an advocate for victims of domestic abuse.

Earlene Brown won numerous national championships and Olympic medals for her achievements in track and field. She was the first woman to break the 50-foot barrier in shot put. Brown says that when she was young, she “was ashamed of her size. I never thought that something of which I was ashamed… could make me feel proud. But I feel proud now.”


When NASCAR driver Janet Guthrie qualified for both the Indy 500 and the Daytona 500, she was the first woman to race in either competition. She faced constant humiliation from onlookers and other racers, who chanted insults like, “no tits in the pit!” when she was on the course. Despite her talent and multiple wins, Janet was eventually forced to retire after not receiving sponsorship in a widely male-dominated sport.

Gertrude Earle was an American Olympic swimmer who swam the English Channel in fourteen hours and thirty-four minutes on August 26, 1926. Her swim broke the world record time by two hours and she became a national celebrity, starring in a short film about her life and even joining a vaudeville act. Eventually, she withdrew from the public eye and retired to teach swimming at a school for the deaf. 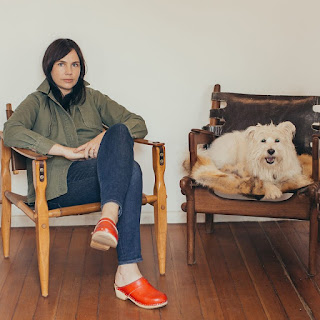 Molly Schiot is a director, filmmaker, and the founder of the Instagram account, "The Unsung Heroines." She is a graduate of Brown University and the Glasgow School of Art, and her creative endeavors have led to sold-out exhibitions of her paintings and drawings, music videos for the likes of Jennifer Hudson, Mark Ronson and The Raveonettes, and commercials for Miu-Miu, Levi's, and Converse. She is the creator of the “Check You Out” series for Paper Magazine and recently directed an ESPN “30 for 30” short, “Our Tough Guy,” about the life of one of the NHL's most fearsome players, John Wensink. She lives in California.


ABOUT THE BOOK
GAME CHANGERS: The Unsung Heroines of Sports History

Visit Simon & Schuster online at www.SimonAndSchuster.com
Posted by Get the Funk Out! at 5:02 PM