Jill Pauletich-Ragan, the talented writer/director of the short THE WINDOW and writer of the new pilot THE VENUE, Monday 9:15am on KUCI 88.9fm! 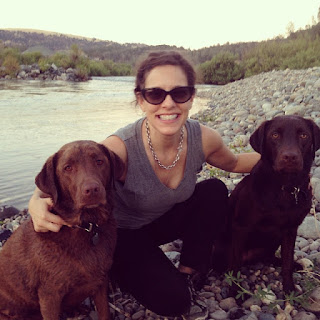 If you missed Jill on today's show,
listen to our conversation here.


About Jill Pauletich-Ragan
Jill Pauletich-Ragan is the wife of rock musician Chuck Ragan and is the talented writer/director of the short THE WINDOW and writer of the new pilot THE VENUE, dealing with her own experiences, as her husband's road manager.

The Venue is your backstage pass into the dynamic and provocative world of rock 'n' roll, as experienced by first-time club owner and single mom EMMA ROMANO, who transplants herself and five-year-old son off the tour bus and back to her hometown of Oakland after a life on the road tour-managing her rock star ex-husband. She opens up a rock 'n' roll club and struggles fitting in with conventional society.

ABOUT THE WINDOWThe following summary about Jill's film is an excerpt from an article written about the La Femme Film Festival on broadwayworld.com.


"The Window", written and directed by Jill Pauletich-Ragan, is a valentine to the power of love that can be discovered no matter how old you are. The charming feature introduces us to Edith, a widow who watches the world from her dining room window every day all alone, until one morning she is surprised by Emilio, a dashing senior who finds unique ways to woo Edith and shake up her world. Since making its debut at the Emerging Filmmaker Showcase at Cannes, the film has had a successful festival run and competed in several prestigious film festivals including the Carmel International Film Festival, the Edmonton International Film Festival, Hollywood's Dances With Films Festival and the Sacramento International Film Festival where it won he The Grand Jury Prize for "Best Short." (Oct. 23, 10:00 am)
Posted by Get the Funk Out! at 11:09 AM