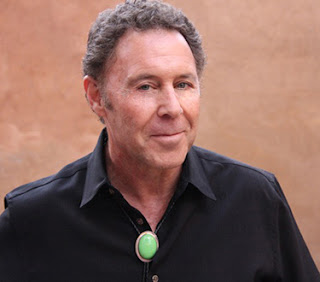 If you missed Mark on today's show,
listen to our conversation here.


Awakening In Taos is a labor of love for Director/Writer Mark Gordon. He fell in love with the Mabel Dodge Luhan story years ago when he readEdge of Taos Desert and realized that bringing this story to a wide audience through PBS was his personal calling. Since then he has dedicated himself to doing everything possible to successfully complete this production. Mark has been in filmmaking since childhood. His uncle Phillip Krasne produced The Cisco Kid movies and television seriesO’Henry Playhouse for CBS, Gunsmoke and numerous films and TV shows.
Mark Gordon is a fine artist, graphic designer, photographer, web developer, and independent filmmaker. He is CEO of Vision Marketing Associates.

Film tells the story of social activist and patron of the arts
Mabel Dodge Luhan, and her marriage to Tiwa Indian Tony Lujan of Taos Pueblo:
“A woman 100 years ahead of her time”

“Awakening in Taos”, an award-winning film by Mark Gordon and narrated by Ali MacGraw will screen at this year’s Red Nation Film Festival on Friday November 16, at 6 PM at the LAEMMLE PLAYHOUSE 7, 673 E Colorado Blvd, Pasadena, CA 91101

The timing of this film’s release is serendipitous with major stories in today’s news including the nomination of a Woman President and the conflict in North Dakota. This story is set almost one hundred years ago and it involves a strong independent woman who marries a Native American and fights with his tribe to protect 600,000 acres of sacred tribal land from private sale to squatters. Like the Standing Rock Sioux, their sacred sites are desecrated and their religious practices are threatened.

Taos Pueblo fought for 64 years for the return of 48,000 acres and their sacred Blue Lake, granted to the tribe by Spain in the 1500’s. It was illegally annexed as part of a National Forrest under Teddy Roosevelt. After filing many civil suits against the US Government Taos Pueblo finally succeeded by filing a First Amendment rights suit. This case was won on the right of religious freedom violated by the US Government, as they prevented the tribe from observing sacred spiritual practices. In 1970, Richard Nixon signed legislation, the first instance in history where the US Government returned Native land taken illegally. Perhaps there is a message in this story that could help the Standing Rock Sioux get the US Government to honor its original treaty with the Sioux!

“Awakening in Taos” follows the personal evolution of Mabel Dodge Luhan as a writer, salon hostess, art patroness, social activist and a resident of New Mexico. Born in Buffalo, New York, Mabel was a woman unique to her time. Her influence extended into the world of arts, music, literature and activism for social change. In her late 30s she experienced a life-altering arrival into a small town in Northern New Mexico and embraced the Taos Pueblo Indians in a way that seized the attention of the artistic and literary world. Her unconventional marriage to Antonio Lujan, a full-blooded Tiwa Indian from Taos Pueblo, created a revolutionary bridge between two cultures. Mabel and Tony helped to defeat federal legislation in 1924 that would have taken away 600,000 acres of sacred land belonging to the 19 tribes of New Mexico.
Mabel lured progressive thinkers and artists, including D.H. Lawrence, Aldous Huxley, Willa Cather, Dorothy Brett, Ansel Adams, Georgia O'Keeffe and others to the remote town of Taos to attend her salons. Many of these visitors stayed for periods of time and several remained their entire lives. Mabel's home and salons made an extraordinary contribution to the culture of Taos County and the State of New Mexico. Luhan was a writer and advocate for the arts, women’s rights and Native American culture in a time when women were still fighting for the right to vote.

Shot entirely in New Mexico with a local cast and crew, the film features breathtaking cinematography and aerial footage of Taos landscapes and landmarks. These physical features produced a visual response captured in 20th-century paintings and photos by Mabel’s guests.

It was a book, “Edge of Taos Desert: An Escape to Reality” written by Mabel herself that piqued Gordon’s interest and set him off on a ten-year journey to get the book transformed into a film worthy of the topic.

Filmmaker Gordon assembled a large team of writers, editors, art experts, historians and documentary producers to bring the many varied details of Luhan’s life into sharp focus. Actress Ali MacGraw happened to sit next to him on a plane and they began discussing the book, which she already loved. She offered to read some pages at a fundraiser in Taos and then signed on when the project was green lighted. Through a biographer of Luhan’s, Gordon met actress Leslie Harrell Dillen who wrote and performed a one-woman show portraying Mabel. She joined the production and appears as Mabel’s voice reading her words from books and letters.

“Awakening in Taos: The Mabel Dodge Luhan Story” won Best Feature made in New Mexico at the 2015 Santa Fe Film Festival. The film has received special recognition and an award for Best Writing at the Hollywood Independent International Film awards. Awakening in Taos was produced in partnership with New Mexico PBS.