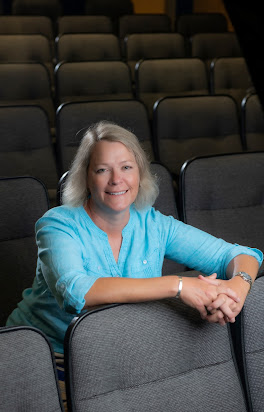 LISTEN
Victoria E. Johnson, professor of film & media studies, is the author of Sports TV, which looks at the genre from a distinctly humanistic perspective, exploring American history, culture, class, race and identity through the lens of broadcast sports. One chapter in Sports TV specifically focuses on Title IX and its legacies, including the explosion of female participation and visibility in sports at all levels, as well as in the boom in marketing of the “female athlete icon” that has occurred from the 1990s onward, thanks to the growth of the first and second post-Title IX generation of female participants in sports.

According to Johnson, "Perhaps the most visible legacy of Title IX has been the explosion of female participation in sports at all levels since its institution. Title IX has encouraged subsequent generations of female-identified athletes and professionals to participate in and to re-imagine sports as athletes, coaches, and sports media professionals. Crucial here, also, have been the ways that marketing, advertising, and the explosion of social media have capitalized on and promoted the 'post-Title IX' female athlete as icon and target demographic."
ABOUT THE BOOK

This book offers an introductory guide to sports TV, its history in the United States, the genre’s defining characteristics, and analysis of its critical significance for the business practices, formal properties, and social, cultural, and political meanings of the medium.

Victoria E. Johnson discusses a range of examples, from textual analysis of programs such as Monday Night Football and Being Serena to examination of television rights details, to sports TV’s technological innovations and engagement of critical political debates. Johnson examines sports TV from its introduction to the ESPN+ era. She proposes that sports, as seen on TV in all of its iterations, is the central cultural forum for working through questions of community ideals, struggles over national and regional mythologies, and questions of representative citizenship.

This book is an ideal guide for students and scholars of television, media, and cultural studies as well as those with an interest in television genre, sports TV history, and contemporary sport and media culture.