Tracy Newman and Beth Fitchet Wood joined on the Get the FUNK Out Show! 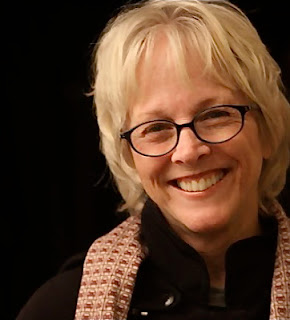 Today on the Get the FUNK Out Show, two very talented ladies joined me! First up, TV writer and producer, and accomplished singer/songwriter Tracy Newman and then at 9:30am, another very talented, creative lady...singer, guitarist, composer and producer Beth Fitchet Wood joined us to talk about their up-coming gig and more! If you missed the show, you can hear it here.

ABOUT TRACY NEWMAN
Tracy Newman is a TV writer and producer. She started as a staff writer on Cheers. In 1997, she won an Emmy and a Peabody Award for co-writing the groundbreaking “coming out” episode of Ellen. In 2001 she co-created the ABC comedy, According to Jim. Tracy has been playing guitar and writing songs since she was 14. Her band is called Tracy Newman and the Reinforcements. Her first CD was “A Place in the Sun,” (2007.) Her new CD is “I Just See You,” (2012.) For more details: www.tracynewman.com. 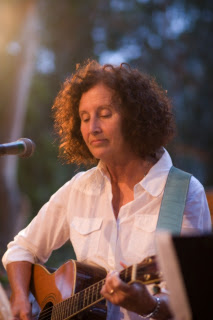 ABOUT BETH FITCHET WOOD
Beth Fitchet Wood is a folksinger from Phoenix with Long Island, New York roots, who cut her teeth on the Sons of the Pioneers and Rodgers and Hammerstein, with Harry Belafonte and Georgia Gibbs thrown in. Beth sang and played guitar in Honk, a rock 'n roll band that ranged from Mahalia Jackson to Cream to Freddy Hubbard, who landed several major record deals in the early 70's and toured with Chicago, Loggins and Messina and The Beach Boys. In the 80's she began writing, and all her influences melded with her own voice into an indescribable yet familiar expression.

Her songs are very personal and intimate, and though the folk idiom is strong, her harmonic structures betray her jazz roots. She has made 5 CD's on her own, has appeared as band member on 5 others, and has sung on countless other projects of every description, in most languages. "Shared stages" with a phonebook of the most influential musicians from the '60's through the present.

She won first place songwriter at the Tucson Folk Music Festival in 2009, and in her home town, Laguna Beach, has hosted (for 7 years!) one of the best Songwriter's Showcases anywhere. It's gotten such a reputation throughout the United States that touring songwriters stop by from all over the country, providing a different musical adventure every single Tuesday. The atmosphere gives musicians a rare opportunity to stretch artistically to a very appreciative audience. She also played a main stage set at the Far West Folk Alliance conference in 2009. Played main stage sets at folk festivals and conferences throughout the west, and in 2011 was one of three nominees for Artist of the Year by the Laguna Beach Alliance of the Arts.
Posted by Get the Funk Out! at 2:46 PM