Dermot Lambert, the leader singer and songwriter from cult Irish band "Blink" joins me Monday on Get the FUNK Out! 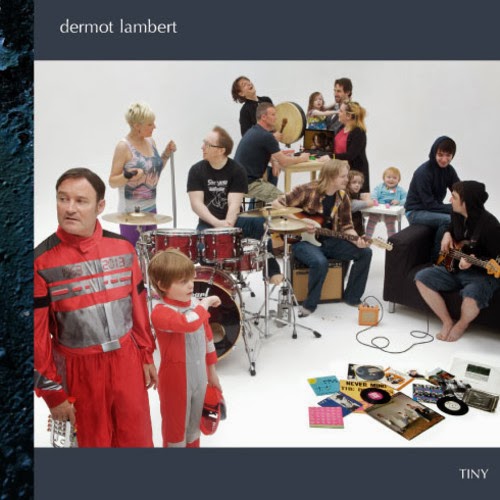 Disused Roads, is the new single from Dermot Lambert, the leader singer and songwriter from cult Irish band "Blink"

In 1994 Blink released their debut LP, A Map of the Universe, on EMI Records and followed up with The End Is High (1998) and Deep Inside the Sound of Sadness (2004). Their debut spawned 4 hit singles, Going to Nepal, Happy Day, It's Not My Fault and Cello which led to arena tours with the likes of Crowded House, Moby, The Ramones, Mercury Rev,Lloyd Cole and Oasis. Blink also found time in between to have a "minor altercation" with another band trying to use the same name. The other band became Blink 182.

Lambert's music has achieved multiple acclaim and plaudits including U.S. music magazine, Billboard, naming The End is High their ‘five star album of the month’ on its release and Deep Inside the Sound of Sadness was nominated as Best Irish Album of the Year at the 2005 Meteor Music Awards.

The plaudits have continued with Lambert's first solo outing "TINY" which was released in Ireland on Garage Records in 2013. In just a few months the record has been described as "a magnum opus", "masterful", "soulful" and "a classy solo debut". Read what people had to say about it here.

Disused Roads will be released on download on February 10th and was recorded in Dublin and produced in New York by Howie Beno who's currently involved with twiddling knobs on latest releases by Depeche Mode and Katy Perry.

Disused Roads will be available from February 10th on Garage Records. The EP will also contain some live songs from a recent radio session.

For more info, visit www.dermotlambert.com.
Posted by Get the Funk Out! at 8:35 AM