Justin Giddings and Ryan Welsh
Giddy Welshmen Productions
If you missed my conversation with Justin and Ryan, listen here. 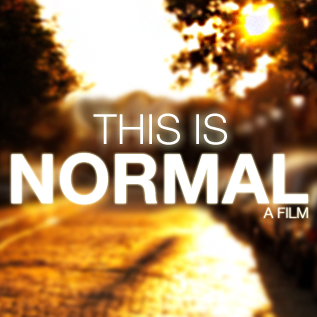 LOS ANGELES, CA (April 21st, 2014) – This weekend, the award-winning Deaf short film THIS IS NORMAL will be screening at the 14th annual Newport Beach Film Festival for it’s SoCal premiere. The film follows a Deaf woman who makes a controversial decision to undergo an experimental medical procedure that is supposed to “cure” her of her deafness. Hot off their Best Drama win in Seattle, filmmakers Justin Giddings and Ryan Welsh will be present for an in-depth Q&A with other short filmmakers after the screening which will be at 8:30 p.m. on the night of Saturday April 26th. The trailer for the film can be found here: www.ThisIsNormalAFilm.com.

THIS IS NORMAL is led by Ryann Turner (WEEDS, UP ALL NIGHT) and is supported by Daytime Emmy-nominated actress Molly Burnett (DAYS OF OUR LIVES, TRUE BLOOD) and rising Deaf star Russell Harvard (THERE WILL BE BLOOD, FX’s FARGO). The story follows Gwen (Ryann Turner) as she turns her back on the Deaf establishment to “fix” her hearing only to discover that it may cost even more than she could have imagined. Jim Lincoln of the Geek News Network said, “[THIS IS NORMAL] was absolutely amazing. It ended up being one of the best things I’ve ever seen, let alone one of the best shorts. If the filmmakers decided to turn this into a feature length flick I would camp out for it. This right here is worth the price of admission alone." It is a story that boldly explores the questions of identity in the face of conflicting cultural pressures to conform to what is “normal” using innovative sound design that mimics the range of Deaf hearing.

To obtain tickets, individuals should purchase them directly from the Newport Beach Film Festival website at www.NewportBeachFilmFestival.com. For more information on the film (including stills and bios), please visit www.ThisIsNormalAFilm.com. For additional questions and inquiries or to schedule an interview with the filmmakers, please contact producer Lynn Thomas at 502-386-9754 or giddywelshmen@gmail.com.

ABOUT GIDDYWELSHMEN PRODUCTIONS
Giddy Welshmen Productions is comprised of a creative team of filmmakers headed by actor/writer/directors Justin Giddings and Ryan Welsh, stars of Lionsgate’s hit digital series BITE ME (50+ million views). Together, they now work as filmmakers who’s projects range in scope from sci-fi to sitcoms. They can be reached at giddywelshmen@gmail.com.

For More Information
Justin Giddings
Co-Founder/Filmmaker
310-734-8325 (cell)
giddywelshmen@gmail.com
Posted by Get the Funk Out! at 8:39 AM