Walter Dominguez and his wife, Executive Producer Shelley Morrison joined me this morning to discuss their film Weaving the Past! 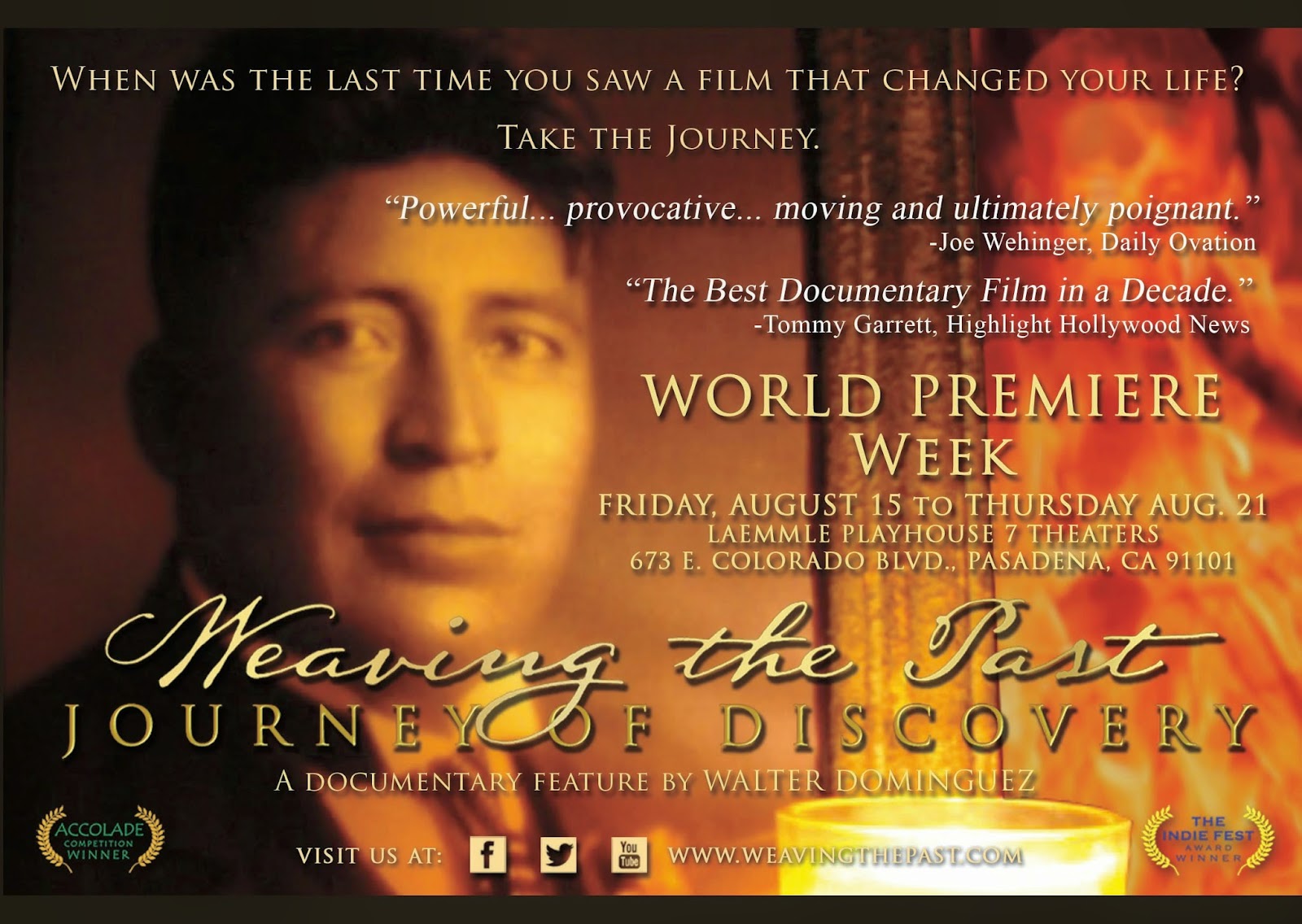 Walter Dominguez and his wife, executive producer Shelley Morrison joined me this morning to discuss their film Weaving the Past: Journey of Discovery, and the thirteen year journey to complete it and bring it to the public.

If you missed Walter and Shelley, listen to the show here.

The premiere is Friday, August 15. It runs until Thurs Aug 21- a one week exclusive engagement in Pasadena at the Laemmle Playhouse 7 theaters.

Filmmakers Walter Dominguez and his wife Executive Producer Shelley Morrison (an actress known for her role as Rosario on the long-running sitcom “Will and Grace”) discuss their documentary “Weaving the Past:  Journey of Discovery.” The film had its world premiere on Friday, August 15 at 7:00 PM at the Laemmle Playhouse 7 theater complex in Pasadena’s historic Playhouse District. The exclusive engagement runs through Thursday August 21st. Screenings are daily at: 1, 4, 7 and 10pm.

As a young man, Dominguez was inspired by his grandfather, Emilio, known as “Tata,” who was one of the most prominent and beloved Mexican Methodist ministers in idyllic Santa Paula in rural Southern California.

Walter Dominguez spent eleven years to uncover Tata’s past, through the border town of El Paso, to the rural mountains of turn-of-the-century Mexico.

Here are other links of interest:

Weaving The Past: Journey of Discovery