Architect for the Wolfgang Puck Food Company, Stephen Francis Jones joined me Monday at 9:00am! 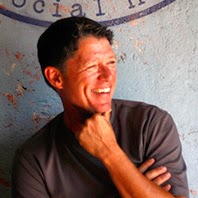 Had a great time chatting with special guest Stephen Francis Jones today! If you missed the show, listen here.

About Stephen Francis Jones
As in-house architect for the Wolfgang Puck Food Company, Stephen Francis Jones established one of Southern California’s most iconic brands. When he founded his own firm, Puck immediately hired him to help develop the fine dining ambiance at Spago Beverly Hills. That project led to designing Wolfgang Puck restaurants worldwide—and, most recently, the renovation of the Grand Ballroom at Hollywood & Highland, site of the Academy Awards’ Governors Ball.Beginning with a complete renovation of the Century Plaza Hotel, Jones received a steady stream of high-profile commissions. He designed the serenely elegant sushi restaurants Hamasaku and Kumo for Michael Ovitz and Anisette—a classic French brasserie in a landmark Santa Monica tower—for Tommy Stoilkovich, Mike Garrett and four-star chef Alain Giraud.


“My objective is to make the total sensory experience as delicious as the food, setting the mood from the moment you walk in the door,” Jones says. “I like to call it the ‘wow’ factor.”

Jones was a young associate at a boutique Los Angeles architecture firm when he discovered that restaurant design was his true calling. Working as project architect with restaurateur Brian Vidor on Typhoon at Santa Monica Airport, he realized that the intimate scale allowed him to focus on the details of lighting, texture and color that create a memorable ambiance.

After graduating from the University of Florida School of Architecture, Jones developed high rises at Jung/Brannon in Boston. He worked on large projects in southern Europe with the internationally renowned Barcelona firm Ricardo Bofill Taller de Arquitectura before completing his master’s degree in architecture at UCLA. A fluent Spanish speaker who had spent his youth in Bogotá, Colombia, Jones found that immersion in urban European life gave him a fresh perspective on what makes a social space a memorable experience.An avid cyclist and volleyball player with a warmly engaging personality, Jones has a way of bonding with his clients. After meeting restaurateur Chris Simms at a local beach, Jones collaborated with him on six projects, including the playfully rustic M.B. Post (a former post office) in Manhattan Beach, with Michelin-starred chef David LeFevre.

Jones seeks to realize each client’s distinctive vision. By interpreting and enhancing his clients’ concepts, he creates uniquely inviting settings for casual to high-end dining. Among his best-known projects is Lucky Strike Lanes in Hollywood. Working with CEO Steven Foster, Jones created a wildly popular hipster hybrid—restaurant, bar and bowling alley—that resulted in a flurry of spin-off projects.

Married to Stephanie Eyestone Jones, owner of urban planning firm Matrix Environmental, Jones and his family live in Manhattan Beach. Some of his best ideas come during the tranquil early-morning hour he spends sculling at the UCLA Aquatic Center—in line with his belief in work that “feeds the spirit, not the ego.”
Posted by Get the Funk Out! at 9:41 PM