Did you miss Deborah Gilels on today's show?


Listen to our conversation here!


Deborah Gilels has run a successful media consulting company for the past 10 years, assisting writers, filmmakers, and actors launch their careers in the entertainment industry, as well as promote independent feature films and documentaries, by way of public relations, marketing, distribution and project development. 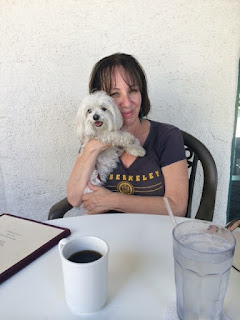 Gilels’ company, LA Media Consultants has successfully run PR campaigns for independent films and shorts, as well as project and strategic development for production companies, writers and directors. In 2013, she launched the prolific documentary Keiko the Untold Story of the Star of Free Willy at the 20th Anniversary celebration of Free Willy at Hollywood’s Egyptian Theater. Partners included the Los Angeles Unified School District and New Regency Productions. Other launched projects include the television debut of Cevin Soling's award winning documentary The War on Kids currently airing on Pivot, the Lion’s Gate release of Chazz Palminteri- Andie MacDowell family drama Mighty Fine that opened at the Museum of Tolerance, and the US premiere of the documentary Fallout presented by Kat Kramer Films that Change the World.

Gilels experience in the entertainment industry has run the gamut from film/television production and development, to mergers and acquisitions in the international film market and public relations for film companies, writers, actors, authors and directors.

From 2000 – 2004 she was an executive for Media Design Institute, a Japanese/American media company where she was instrumental in the creation of a satellite network, as well as acquired film/television product for the Japanese territory. Gilels also created and produced an entertainment talk show for the Asia market.

Gilels has also taught at USC Film School Writer’s Program and been a guest lecturer at UCLA Extension School, Columbia College, and LA Film School. She was also a judge for the screenplay competition of the 2007 LA Greek Film Festival and has been an active board member for the LA Femme Film Festival for the past 8 years. At La Femme, Deborah has been in charge of the educational aspect of the festival, including all panels, seminars and special screenings, as well as corporate sponsorship.