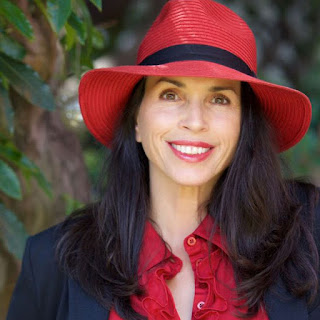 Biography
Tasia Valenza (born April 5, 1967 in New York City) is an Emmy Nominated actress who has recently found acclaim as a voice actress and is one of the top in the county.
In the early part of her career, Valenza played the role of Dottie Thornton on All My Children from 1982 to 1986, earning a Daytime Emmy nomination for her work. She also showed up in a guest star appearances in many series in the 90s such as a Vulcan in the Star Trek: The Next Generation episode "Coming of Age", and a recurring role as Lieutenant Winslow in Space: Above & Beyond. She also portrayed Jodie Abramovitz in Aaron Spelling's drama series The Heights. Valenza is best known Iconic strong females in video games such as Poison Ivy in Batman: Arkham Asylum games as well as General Shaak Ti in the Clone Wars, Kalyio Djannis in Star Wars the Old Republic and most recently Avra Darkos in Wild Star. 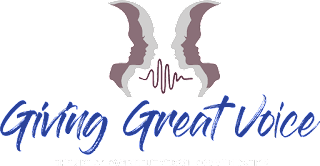 What is Giving Great Voice?
It’s the art of confident verbal communication. By thinking like a voice actor and understanding the roles you play in your own life, hone the ability to communicate powerfully, persuasively and confidently in all areas of your professional and personal life!

Giving Great Voice is a fun, interactive program for individuals looking to maximize their communication skills including media communication. Tasia combines acting games, relaxation & mindfulness practices, and other essential communication tools in this unique program to empower you to use your voice more effectively. Confidently craft your outgoing message to the world, and take control over your most powerful communication tool, your voice! Giving Great Voice will be your secret weapon for more successful, fulfilling personal and professional relationships.

Tasia Valenza is a confidence coach, mentor and the owner of Giving Great Voice, which is a platform dedicated to the art of confident verbal communication. Her unique technique revolutionizes the way we use our voices successfully, by “thinking like an actor” in our own lives. She combines her 25+ years as a master communicator, an Emmy-nominated actress, and a renowned voiceover artist to inspire individuals to find their unique voice, and use their voice powerfully to achieve their goals.

Tasia has Given Great Voice to thousands of companies, brands, and iconic roles, most known for characters such as Poison Ivy of the Batman: Arkham Series and General Shaak Ti in Star Wars: The Clone Wars. In the spirit of Giving Great Voice Back, she created a kindness campaign called the #GivingGreatVoiceChallenge and co-founded the Haven Affirmation Meditation App. She now teaches these same tools that have made her so successful to help people from all walks of life gain more confidence in themselves and their verbal communication.

From working professionals, to students, to stay-at-home parents, at any age, everyone needs to use their voices to be successful. Unlike most professional development classes, Tasia challenges you to dive deep, and explore your own multi-faceted roles more definitively and effectively, all the while gaining more confidence in yourself. Her teaching style is fun, joyful and affirmative, using self-exploration techniques to empower and hone your communication skills.

Tasia lives in Los Angeles with her husband, three kids, and two doggies. She continues to work in her studio/closet to create iconic characters, both professionally and to annoy her children. Contact her today to set up a 1-on-1 appointment, public speaking event or to learn more about the next workshop! Personal Information
Female Voice-Over Artist (STAR WARS:CLONE WARS, BATMAN:ARKHAM ASYLUM, OFFICIAL VOICE OF TVGN) Actress (ALL MY CHILDREN, STAR TREK: THE NEXT GENERATION) https://twitter.com/TasiaValenza


http://www.tasiavalenza.com
Posted by Get the Funk Out! at 3:18 PM