Josh Webber, award-winning filmmaker based in Los Angeles joins me on Get the FUNK Out! 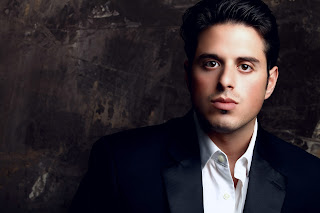 If you missed today's show with Josh, you can hear it here.

ABOUT JOSH WEBBER
Josh Webber is an award winning filmmaker based in Los Angeles who’s films have screened all over the world with much recognition. His most recent feature narrative film “A BROKEN CODE” is set for a late spring/summer release domestically available everywhere.

He is currently working on a documentary entitled “ESCAPING THE HOLOCAUST” which is based around his grandfather’s escape from a prison camp in Warsaw during the holocaust.
Posted by Get the Funk Out! at 11:29 AM