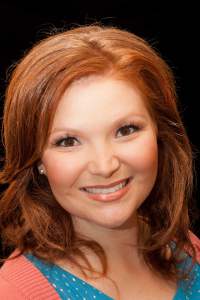 If you missed today's show with Ashley, listen to our conversation here.


Ashley Rhodes-Courter is the quintessential American success story. Born in 1985 to a single teen mother, by the age of 3 she was in Florida’s foster care system where she spent almost ten years being shuttled between 14 homes—some quite abusive—before being adopted from a Children’s Home at the age of twelve.

Despite her ordeal, she excelled in school because she believed that, “my education was the one thing nobody could take from me.” Early in her life she felt compelled to advocate for herself and the other children she lived with, particularly in the abusive foster homes.

Her efforts and academic achievements landed her Eckerd College’s Trustee Scholarship—the school’s most prestigious full-tuition award. She graduated with honors and ahead of schedule earning a double major in Communications and Theater and a double minor in Political Science and Psychology. Ashley then went on to earn a Master’s Degree in Social Work from the University of Southern California.

During her undergraduate studies, she was one of 20 college students selected for the USA Today All-USA Academic Team and was named one of GLAMOUR Magazine’s Top Ten College Women. She was also selected as one of the four Golden BR!CK Award winners for outstanding advocacy for community change by DoSomething!. As part of their campaign, she was featured on 25 million bags of Cool Ranch Doritos.

In the sequel to the New York Times bestselling memoir Three Little Words, Ashley Rhodes-Courter expands on life beyond the foster care system, the joys and heartbreak with a family she’s created, and her efforts to make peace with her past.


See video from Ashley's previous book tour to see how eloquent and engaging this amazing advocate for children is:
https://www.youtube.com/watch?v=IXplKvQQ2RU

Ashley Rhodes-Courter spent a harrowing nine years of her life in fourteen different foster homes. Her memoir, Three Little Words, captivated audiences everywhere and went on to become a New York Times bestseller. Now, with THREE MORE WORDS, Ashley reveals the nuances of life after foster care: College and its assorted hijinks, including meeting “the one.” Marriage, which began with a beautiful wedding on a boat that was almost hijacked (literally) by some biological family members. Having kids—from fostering children and the heartbreak of watching them return to destructive environments, to the miraculous joy of blending biological and adopted offspring.


Whether she’s overcoming self-image issues, responding to calls for her to run for Senate, or dealing with continuing drama from her biological family, Ashley Rhodes-Courter never fails to impress or inspire with her authentic voice and uplifting message.


Ashley Rhodes-Courter has been featured in Teen People, The New York Times, USA TODAY, and Glamour, as well as on Good Morning America. Her first memoir, Three Little Words, began as an essay, which won a writing contest for high school students, and was published in The New York Times Magazine. A graduate of Eckerd College and a champion for the reformation of the foster care system, Ashley speaks internationally on foster care and adoption. Visit her at Rhodes-Courter.com.
Posted by Get the Funk Out! at 6:40 PM