Cristy Spooner joined me Monday at 9:00am pst to talk about a rare genetic disease that has affected his family and her foundation - The Spooner Foundation

Great show today with Cristy Spooner! If you missed our conversation, listen to the show here.


ABOUT THE SPOONER FAMILY
We are the Spooner family. Two of our daughters, Calyn & Ryann, live with Mitochondrial Complex I Deficiency, a rare genetic disease that affects their cerebellum. They have cognitive delays, struggle with motor control, and depend on adults for everything. 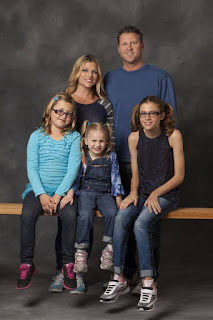 We love our beautiful girls with all of our being. We dream of a day when medical research can unlock the mysteries of this terrible disease, so that Calyn, Ryann, and other children like them can live happier, healthier lives.

Rick and Cristy Spooner lived for more than a decade with a devastating mystery. What was the rare genetic disease afflicting their daughter Calyn?

As a baby, Calyn suffered violent seizures, but neurologists didn’t know why. Unable to walk without the help of a walker, Calyn has grown up with significant motor, cognitive and emotional impairment. The Spooners could never get a diagnosis, except than an MRI showed a strange pattern on her cerebellum that doctors had never seen before.

When the couple’s third daughter, Ryann, began to exhibit similar symptoms shortly after her birth in 2009, it was a terrible deja vu.

Finally, 14 years after Calyn’s birth, advances in genetic testing gave the Spooners some answers. A new test called “exome sequencing” showed that Calyn and Ryann had inherited mutations from both parents on a gene known as NUBPL. That caused a defect in an important enzyme called complex I, which prevents their mitochondria — the power houses inside the body’s cells — from producing the energy their cells need to work properly. 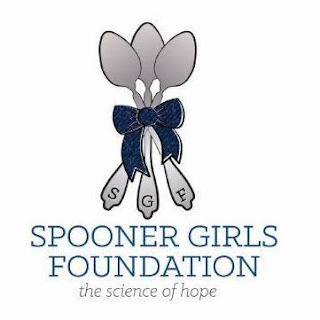 Today, there is no specific drug for Mitochondrial Complex I Deficiency, the rare disease that affects Calyn and Ryann. Doctors treat the Spooner girls with a “cocktail” of vitamins and enzymes used as therapy for other mitochondrial diseases. It’s a treatment that has improved their daily lives, but is still far from a cure.

Rick and Cristy Spooner shared their story of a search for a diagnosis in a heart-felt documentary, “The life we live.” Since going public with their journey, they have become tireless advocates for medical research to unlock the mysteries of the NUBPL gene, which has implications not just for Complex I Deficiency but for Parkinson’s Disease as well.


Learn more at and watch documentary at : www.spoonergirls.com
Posted by Get the Funk Out! at 6:28 PM