Cindy Whitehead / “Girl is NOT a 4 Letter Word”


"Live life balls to the wall. Do epic shit. Take every dare that comes your way. You can sleep when you're dead”. This is the personal motto of Cindy Whitehead.

If you missed Cindy Whitehead on today's show, listen here! 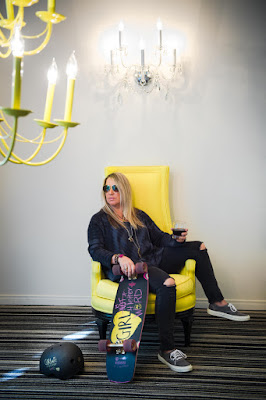 She conquered the male dominated profession of pro vert skateboarding in the 70's,
and quickly became one of the top ranked professional female vert skateboarders in the U.S. for pool riding and half-pipe. To this day, Cindy still holds the distinction of being the only female to be featured in the centerfold plus a two-page article in a skateboarding magazine, and was the first female skateboarder to have been sponsored by Puma.

Since then, Cindy has gone on to coin the term "Sports Stylist®," working as a fashion stylist for the past 25 years specializing in sports, with companies like Gatorade, Nike, the NBA, and athletes such as Tiger Woods, Michelle Kwan, Kobe Bryant, Bethany Hamilton, Maria Sharapova, and Mia Hamm.

In 2012 she made national headlines by skateboarding down the closed 405 freeway in Los Angeles. In June of 2013 Cindy flew to Washington, DC to sign over 9 pieces of her skateboard history to The Smithsonian’s National Museum of American History’s sports collections. Cindy was featured this past year in Puma Suede’s new book; XLV Stories of The Puma Suede - as the only female athlete profiled.

In 2013 Cindy created a brand called “Girl is NOT a 4 Letter Word” and came out with a collaboration skateboard with Dwindle Inc. (the largest company in professional skateboarding) by designing a skateboard aimed at the female market. The GN4LW brand gives back to women in action sports with every collab it does and Cindy just signed an additional two year deal for her skateboard line, and an additional collab with a XS Helmets launched in January 2015.
Cindy has been profiled in magazines and sites such as, ESPN, Forbes, The Huffington Post, & Women’s Wear Daily, and has appeared on numerous TV and radio shows. Cindy has been a guest speaker & panelist at many events including; The Smithsonian Museum’s Innoskate event in Washington D.C., Chill Organizations fundraiser in Los Angeles and North Eastern Universities panel on “Participation in Sports”.


Cindy most recently spoke at TEDxYouth in Santa Monica, CA and her talk was titled “Girl is NOT a 4 Letter Word”. 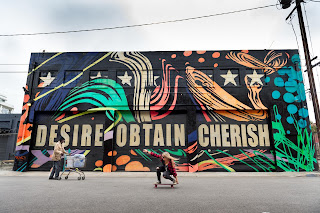 Cindy’s goal is to give women in action sports the same opportunities and recognition as their male counterparts. She pursues that goal daily by interviewing and promoting female action sports athletes on her website http://www.girlisnota4letterword.com

Cindy skating the 405 during Carmageddon!

Cindy Whitehead - Sports Stylist ®
Website: http://www.cindywhitehead.com/
Blog: http://www.girlisnota4letterword.com
Watch Cindy’s TEDx Talk “Girl is NOT a 4 Letter Word”
Posted by Get the Funk Out! at 12:36 PM