Director/Producer Soren Sorensen joined me Monday 8/29/16 to talk about his Omar Sosa Documentary! 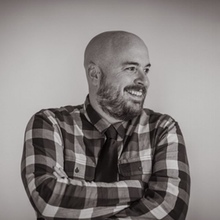 If you missed Soren Sorensen
on today's show,
LISTEN HERE!


Soren Sorensen is an award-winning filmmaker specializing in nonfiction film, television, and web content with an emphasis on advocacy for nonprofit organizations. His clients include the Vietnam Veterans Memorial Fund, Families First RI, Montessori Community School of Rhode Island, and The Picture of Children’s Health. In 2013, Sorensen co-created, produced, directed, and edited "Behind the Ribbon," a series of original documentaries featuring stories of breast cancer treatment and survivorship. A collaboration with the Gloria Gemma Breast Cancer Resource Foundation, "Behind the Ribbon" premiered on Rhode Island PBS in 2013. In 2014, Sorensen co-created, produced, directed, and edited "Harvesting Rhode Island," a Rhode Island PBS series on the subject of local food and farming in the Ocean State.

"My Father's Vietnam" was released on May 24, 2016 by Gravitas Ventures and is currently available on Amazon, Google Play, iTunes. and Vudu. It will be out soon on Blu-Ray and DVD.


ABOUT THE FILMOMAR SOSA'S 88 WELL-TUNED DRUMS is a documentary film on the life and music of Cuban-born pianist and composer Omar Sosa. CHECK OUT THE OFFICIAL TRAILER:
The film traces Sosa’s origins from his birth in Camagüey, Cuba’s third-largest city, conservatory education in Havana, and relocation to Ecuador where he briefly wrote and arranged commercial jingles. Sosa’s story continues with a fateful mid-90s move to the U.S., a stint as a sought-after sideman in the Bay Area’s Latin jazz scene, and partnership with manager Scott Price that continues to this day.
Since 1997, Sosa has released nearly 30 albums and received four Grammy nominations and three Latin Grammy nominations. Performing over 80 concerts on six continents annually, Sosa is known for a rhythmic style (hence the “Drums” of the film’s title) and musical influences as varied as his travel itinerary.
Since 2013, whenever Sosa appeared in the northeastern U.S., Providence-based filmmaker Soren Sorensen (MY FATHER'S VIETNAM, 2016) was granted unprecedented access to Sosa and his bandmates for interviews, rehearsals, and performances. OMAR SOSA'S 88 WELL-TUNED DRUMS includes glimpses of the globetrotting artist in duo with celebrated Italian trumpeter Paolo Fresu, with the Afri-Lectric Experience, and with his latest band, the Quarteto AfroCubano in storied venues including New York’s Blue Note Jazz Club.
Sosa’s Quarteto AfroCubano features fellow Camagüey natives Ernesto Simpson on drums and Leandro Saint-Hill on alto saxophone and flute and bassist Childo Tomas, who hails from Maputo, Mozambique. Perhaps most thrilling for fans is the full-circle nature of Sosa’s 2015 album Ilé, which reunited Sosa’s music with its Cuban roots. LEARN MORE ABOUT ILÉ:
I was first introduced to Sosa’s music late in 2011 by Tony Aguilar, publisher and editor-in-chief of an arts magazine called Tribe. Aguilar had hired me to write and edit for Tribe and we decided that Omar Sosa would make a great addition to the magazine’s first issue. Alma, Sosa’s 2012 collaboration with Italian trumpeter Paolo Fresu, was to be released in early 2012. After a few phone conversations and email exchanges with Scott Price, Sosa’s affable Oakland-based manager, it was decided that I would interview Sosa via Skype. What I thought would be a fifteen-minute conversation promoting ALMA stretched into an hour or more.
Sosa’s story captivated me.
His otherworldly talent as a pianist, composer and bandleader is only equalled by his enigmatic charisma as a person. It was obvious that other people loved his music as much as I did. Figuring that, like me, Sosa’s fans and admirers around the world might like to know more about the artist, I asked some very generous friends, who happen to be excellent cinematographers, for some help.
During the last three years we captured live performances of Sosa in duo with Paolo Fresu, with the Afri-Lectric Experience and with his Quarteto AfroCubano, who we visited at Systems Two Recording Studio in Brooklyn, NY during sessions for their 2015 album, Iié. Conversations with Sosa and his collaborators including Fresu, Leandro Saint-Hill, Ernesto Simpson, Childo Tomas and Peter Apfelbaum bring the audience closer to Sosa’s music than anyone has ever been.
Posted by Get the Funk Out! at 2:45 PM