7/22/19 - 9:30am pst, Filmmaker and chairman of the Dean’s Arts Council of the UCI Claire Trevor School of Arts, Ivan Williams, joined Janeane live on KUCI 88.9fm to talk about the one night only screening of THIS CHANGES EVERYTHING

Monday, July 22nd, there will be a special one night nationwide 1,000 screening of THIS CHANGES EVERYTHING. This powerful documentary about gender disparity and discrimination in Hollywood was executive produced by Geena Davis, and directed by Tom Donahue.  Ivan Williams was invited to be part of making this wonderful highly acclaimed film a reality.

You will leave the theater enlightened and moved, especially, when you hear the original song performed and written by Andra Day (see below).

"This Changes Everything" to feature song created by Andra Day

Singer and songwriter Andra Day has announced her collaboration with the documentary film "This Changes Everything" on a new song "Side By Side." The anthem is intended to encourage people of all genders to come together to support media that enables parity in the entertainment industry, and Day also said that the song was "written, performed, engineered, and produced by women." Billboard

On Monday July 22, come see "This Changes Everything" and learn about the powerful roles women occupied in Hollywood early on, how they almost disappeared overnight, and what some courageous female directors did to confront the system in more recent times. This is a film for both men and women to see, since everyone will be needed to make a difference. 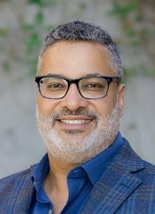 Ivan Williams is an executive producer and an executive vice president for a Hollywood story development firm called Scenario Entertainment. However, Ivan’s career has spanned several industries. Besides being a chemical engineer, he has been a senior business leader at several major energy companies (ARCO and BP), an entrepreneur who helped create a film production studio, and a tech media startup company, all on top of producing multiple entertainment projects.

Ivan is currently in post-production on a Woodstock music festival documentary called CREATING WOODSTOCK and a major animated feature called THE ARK AND THE AARDVARK. He is also attached to a Geena Davis executive produced document, that is about gender inequality in Hollywood, that is called THIS CHANGES EVERYTHING. This film world premiered at last year’s Toronto International Film Festival and was the named first runner up for Best Documentary, right behind FREE SOLO.

Besides films, Ivan also was an executive producer on the Broadway musical and original cast recording of FIRST DATE that starred Zachary Levi and Krysta Rodriguez, and he executive produced a Web TV series with Alexandra Roxo and Natalia Leite called BE HERE NOWISH SEASON 2. Outside the film and tv production world, Ivan has been active in creating entertainment related tech startups, including Rivit TV and a micro-story telling app and game company.

In addition to roles in the entertainment industry, Ivan is very engaged with the University of California Irvine (UCI) and Oregon State University. He is on the UCI Foundation Board of Trustees, Chairman of the Dean’s Arts Board of UCI’s Claire Trevor School of the Arts, a member of the UCI Graduate Division’s Dean’s Leadership Council and the Claire Trevor School of the Arts Emergent Media and Design Initiative, and an arts & entertainment industry representative on the advisory board member of the UCI Center for Neurobiology Learning and Memory Institute. Ivan even steps into the classroom as an adjunct professor at the UCI Paul Merage School of Business, where he lectures on topics like entrepreneurship in the creative industries, and the changing world of Hollywood filmmaking.

Ivan is also a committed alum. He is the incoming President of the UCI Anteaters in the Arts - West organization that serves the greater Los Angeles and Orange County alumni community, and he is an active member of the Oregon State University Alumni Association Board of Directors, where he obtained his bachelors degree in chemical engineering Besides being a UCI Paul Merage School of Business Dean’s M.B.A. Scholar, Ivan is a decorated veteran Naval Reserve intelligence officer who is now active with Film Independent, the Sundance Institute, and the Producers Guild of America.