2/17/20 @9:45am pst - Ariana Neumann, author of the new memoir, WHEN TIME STOPPED A Memoir of My Father’s War and What Remains joins Janeane on KUCI 88.9fm from London

“Profound, gripping, and gut-wrenching…This heartbreaking and unforgettable memoir belongs in every library for the important history Neumann unearths.” 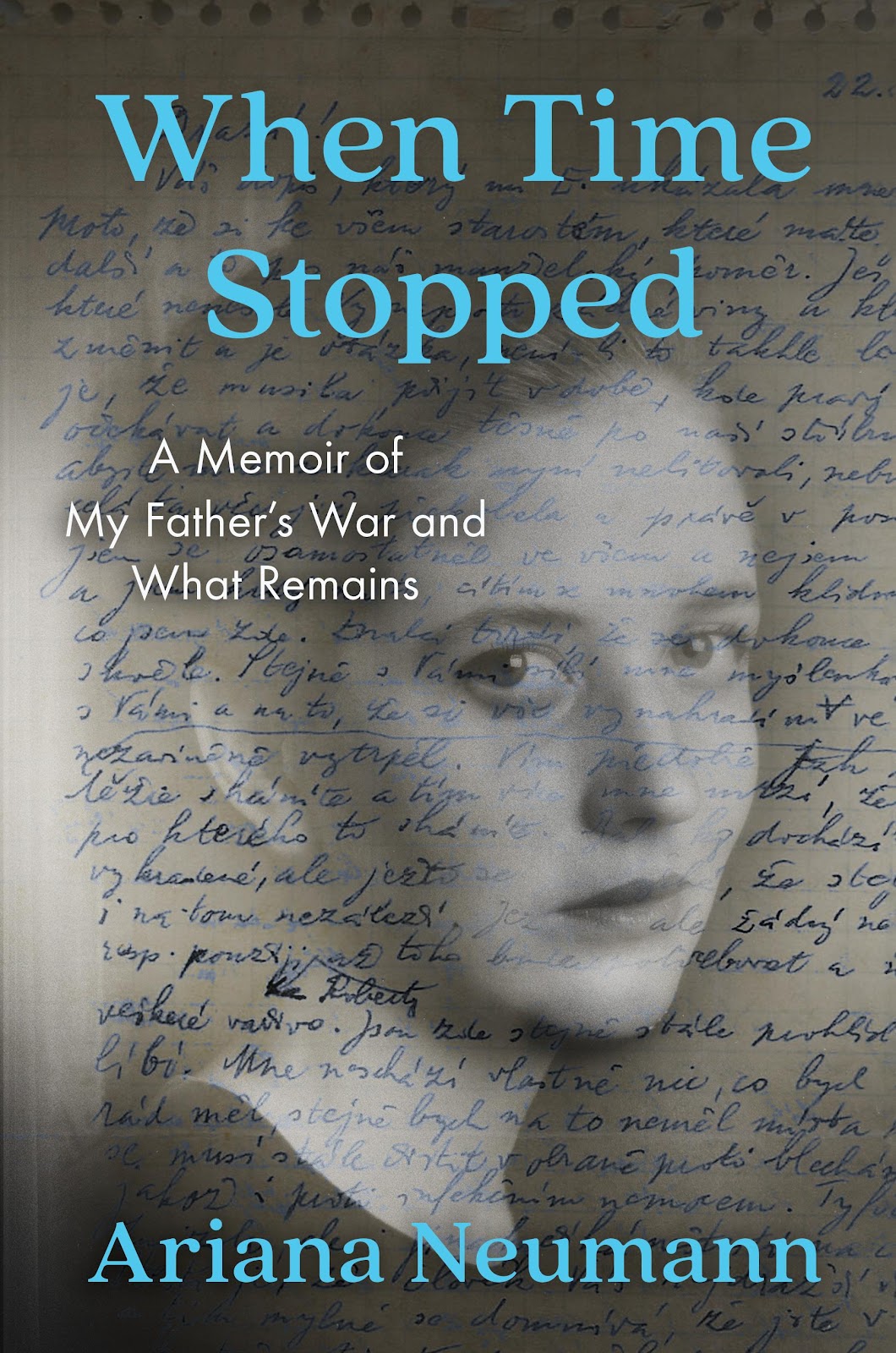 Ariana Neumann grew up as the beloved only child in a wealthy Venezuelan household, doted on by her glamorous mother and her father, Hans, a successful industrialist involved in arts, media and education. Hans was meticulous, the type who saved everything, with decades of correspondence filed carefully in his study. But when Ariana went to his home after his death, she found everything cleared away but the contents of one drawer. It contained two things: a file with letters from her and her mother and a grey cardboard box. The box held clues to Hans’s mysterious past – a past he never discussed with her while living. This box seemed to Ariana to be an invitation – or even an exhortation – to investigate what happened to Hans during his years in Europe, before he moved to South America. WHEN TIME STOPPED (Scribner, February 4, 2020) is the incredible and heartbreaking story of what Ariana discovered.

Hans (Handa to his family) was the youngest son of Otto and Ella. He was dreamy, a prankster and a poet. And he was nothing like his serious older brother, Lotar. The family split their time between an apartment in Prague and a beautiful home in the idyllic Bohemian countryside. Otto owned and ran a paint factory in Prague. Ella called her boys her “golden ones.” But clouds were gathering on the horizon. Otto, Ella, Lotar and Hans were Jewish. WHEN TIME STOPPED is the story of how a tragically few, very lucky members of the family survived. And Hans’s story is jaw-dropping. When Hans was about to be deported to a concentration camp, which he knew was a likely death sentence, this dreamy poet instead eluded the authorities and, with fake papers and a borrowed passport, traveled to Berlin, got a job, and once there, showing even more remarkable courage, gathered information for the Allies. Lotar stayed in Prague, and he and his parents, who were sent to camps, were helped by Lotar’s indomitable wife, Zdenka. Zdenka snuck in to Theresienstadt not once but twice, to make sure Otto and Ella had the food and supplies they needed to survive. She kept Lotar safe, too, and helped forge the papers Hans needed to get to Berlin. She is the undeniable heroine of this story, and her bravery and radiance shine through. Otto, never much of an artist, made a copper ring for Zdenka in the camp, as a token if his love for her and the only way he could thank her for all she did for the family. Today, Ariana Neumann wears that ring, made by the grandfather she never knew, on a chain around her neck.

Readers will come to know the remarkable and singular Neumanns in these pages: those who survived and those who did not. WHEN TIME STOPPED is a story of what remains after the horror of war recedes. What remains, says Ariana, is love. Love for the family that she has finally come to understand and for the family she will never know, but that she has rediscovered and brought beautifully to life in these pages.

More praise for WHEN TIME STOPPED:


“This book is utterly riveting: Ms. Neumann’s memoir reads like a detective novel, as she unravels her late father’s complex, agonizing yet inspiring trajectory. Conjuring the lives of her relatives murdered in the Holocaust, she brings their lost world to vivid life.”


“Ariana Neumann's beautiful, meticulously researched memoir is an extraordinarily moving story of a family’s lost history, a father’s well-kept secret, and a daughter who pieces it all together with courage, tenacity, and most of all, love.”


“This is a work of resistance against oblivion, a reminder against forgetting, an investigation driven by true love.”


“When Time Stopped is beautiful, deeply moving, and extraordinary in its reach and its depth. I felt such kinship with the way in which Ariana Neumann moved through the world in her journey. It is absolutely remarkable.”

—Edmund de Waal, author of The Hare with Amber Eyes


About the author:Ariana Neumann was born and grew up in Venezuela. She previously worked as a foreign correspondent for Venezuela’s The Daily Journal and her writing has also appeared in The European. She currently lives in London with her family. When Time Stopped is her first book.