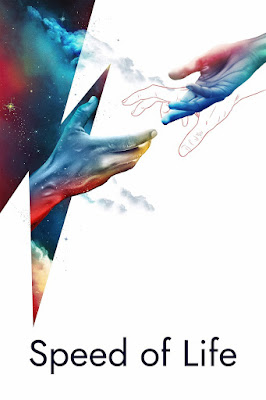 David Bowie's death rocks the lives of June & Edward. The superstar’s passing rips a literal hole in the universe, sucking Edward in. Fast forward 24 years, an older June is shocked to find her once-beloved shot back out of this inter-dimensional portal, unchanged from his entry in 2016. The ensemble struggles to understand the extreme ch-ch-changes that have befallen them in this dramedy.

SPEED OF LIFE stars Ann Dowd, Ray Santiago, Vella Lovell, Sean Wright, with Allison Tolman and Jeff Perry. The film has a running time of 76 minutes and will not be rated by the MPAA. The film was written and directed by Liz Manashil.

To view the trailer and for additional materials, go to: https://www.speedoflifefilm.com/
Posted by Get the Funk Out! at 12:45 PM