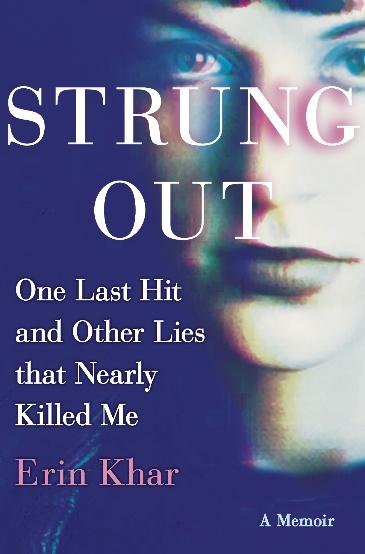 Erin Khar's just-released memoir, Strung Out: One Last Hit and Other Lies That Nearly Killed Me. The opioid crisis is nightly news in America, responsible for over 47,000 deaths every year – nearly two-thirds of all drug related deaths in this country. The question on everyone’s mind is: why? Why do so many people turn to drugs?


When her twelve-year-old son, Atticus, asked her this question, essayist and Ravishly columnist, Erin Khar, needed to look inward before answering. The result was Strung Out: One Last Hit and Other Lies That Nearly Killed Me (Park Row Books), a raw and often shocking meditation on Khar’s fifteen-year opioid addiction and her long, difficult road to recovery.


Growing up in Los Angeles as the only child of divorced parents, Khar, often consumed with loneliness, looked for an escape from the pervasive belief that she wasn’t enough—not enough to keep her parents together or her mother from depression—and yet, she never shared with anyone this private sadness. Instead, she hid behind the façade of a perfect childhood filled with good grades, a popular group of friends, and horseback riding. By thirteen, the act becoming too difficult to keep up, and she started experimenting with her grandmother’s expired valium, quickly followed by heroin. The drug allowed her to feel the calm she was missing from her life and suppress all the heavy feelings she couldn’t understand. Heroin, while keeping her from other forms of self-harm, became the addiction that destroyed her.

One Last Hit and Other Lies That Nearly Killed Me


“This vital memoir will change how we look at the opiate crisis and how the media talks about it. A deeply moving and emotional read, STRUNG OUT challenges our preconceived ideas of what addiction looks like.”


“[Khar] is such a natural, frank storyteller that Strung Out will likely pull you right back into the story whenever you happen to pick up the book.”—SELF


“Addiction stories are often linear (got hooked, hit bottom, got clean), but Khar instead offers a humanizing portrait not just of her own experience but of an issue that impacts more than two million people in the United States.”—BITCH MEDIA


Strung Out is as much about recovery as it is addiction. Khar shows how recovery is a process, one that involves a cycle of relapses and renewed dedication to getting sober. She sagely explores how the shame and stigma surrounding addiction is so often what keeps addicts from getting help. For Khar, it was in motherhood that she found the inner strength and self-forgiveness to quit heroin for good.


An urgent and empathetic personal take on the opioid crisis, Strung Out is a necessary memoir of addiction, recovery, and the lifesaving power of love amidst an epidemic to which no part of society is immune.


“[A] refreshing perspective…eye-opening and relevant…A necessarily honest and emotional account that ends in earned redemption.”—Kirkus Reviews


“Moving… [Khar’s] heartbreaking yet heartwarming memoir puts a human face on the drug crisis and the factors that lead to addiction.”—Publishers Weekly 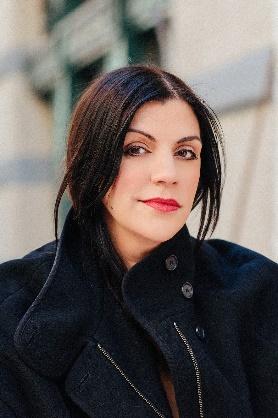 Erin Khar is known for her writing on addiction, recovery, mental health, relationships, parenting, infertility, and self-care. Her weekly advice column, Ask Erin, is published on Ravishly and brings in over 500K unique readers per month. Her personal essays have appeared in SELF, Marie Claire, Esquire, Cosmopolitan, Good Housekeeping, Redbook, and others. She’s the recipient of the Eric Hoffer Editor’s Choice Prize and her prize-winning essay was featured in Best New Writing 2012 anthology. Her essays have also been published in the Stigma Fighters Anthology (vol 3) and BURN IT DOWN, an anthology edited by Lilly Dancyger. She lives in New York City with her husband and two kids.