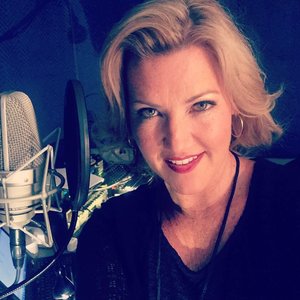 LISTEN to today's conversation with Melissa!

And in case you are wondering, YES, Melissa is distantly related to Walt Disney.


“The Gone in Sixty Seconds” trailer was voiced by Melissa Disney, regarded as among the best in the biz.”
— Caroline Ryder, Variety Magazine 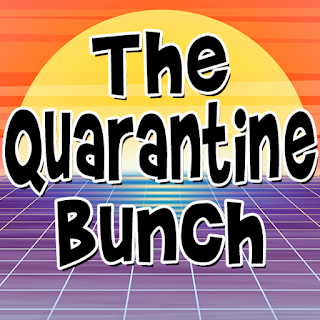 A group of former child stars continue their weekly support group, via Zoom, during the Corona Virus quarantine. The former child actors use Zoom for various situations - from a funeral to a man viral show. They also have a guest come on to tell them the appropriate way to handle the Corona virus. They're also visited by their former on-set acting coach to work their acting muscles.
—Ryan Paul James

Throw in a global pandemic and quarantine and there’s not enough Paxil to help mellow out these actors. Relief from the madness is found in their Former Child Star Support Group.

They used to meet in person, but the coronavirus has forced them online to Zoom support for each other. What was once shared privately is now on full display. The insanity of being a former child star is now streaming on the web series, The Quarantine Bunch.

Bursting with 70s-80s gold, the cast of The Quarantine Bunch features some of Hollywood’s hottest former child actors.

First Class Cameos! You never know who will be popping in.

The actors navigate issues of life, love, and finding work and TP in a COVID-19 world. Life’s never been normal for this bunch, now it’s off-the-hook crazy!

Being a former child star...
is tough enough!
The Quarantine Bunch is created and produced by Ryan Paul James and Jeff MacIntyre (Content Media Group). The episodes are 5-7 minutes each and are released weekly. The series may have been ‘shot’ online to uphold safe distancing for it’s cast, but the drama is very up-close and personal!

You’ve no doubt already heard Melissa Disney as the voice of the Oscars, Emmys, and the Billboard Music Awards. Her animation fans know and love her as the coolest queen of the nerds, Ginger Foutley from Nickelodeon’s “As Told By Ginger” as well as the newest Marvel Superhero -American Dream, The Simpsons, Jakers! with Mel Brooks, Superman and currently top secret video games.

Melissa stars in the new award-winning TV series “The Comeback Kids” which will be showcased at the upcoming ITV Festival in Dover, Vermont, “The Sundance of Television.”

She has been seen on iCarly, The Cleveland Show, Dog with a Blog, doing sketch comedy on Ellen, The Tonight Show, and Jimmy Kimmel.

Her work in film includes starring alongside Lake Bell in the award-winning Sundance favorite, “In A World” as well as other internationally acclaimed short films, “Butterfly Circus”, “Up in the Air”, also winning Best Actress for her starring role in “Snare” which she co-wrote and produced.

Melissa will forever be known as the “1st Female Voice of Movie Trailers” for her versatile body of work across multiple genres of trailers including Nicolas Cage’s “Gone in 60 Seconds”.

Her work in promo includes the NFL, HGTV, The Young and the Restless, ABC, CBS, Fox, On-Demand, as well as the voice of numerous radio stations across the U.S.

Melissa started the LAVoiceoverAcademy and has been asked to teach and speak all over the country.

Musically, she has been the singing voice of Snow White and can be heard voicing characters for numerous toys, dolls, and albums.

As an accomplished singer and songwriter, Melissa’s talents have taken her around the world, performing in Spain, Greece, Costa Rica, and Fiji as well as numerous engagements here in the states. Her newest album LOVE is available on iTunes and CDbaby.com.

SAVE LIVES DURING COVID19
VO friends and colleagues: You can SAVE LIVES and LEARN VO ! What could be better!!

During this worldwide virus quarantine, The money that comes in from any classes you buy on my website will be donated to Uganda Relief Fund at https://africarenewal.org/ and https://www.clarishealth.org/ These are 2 incredible companies I know personally that are providing Life saving help right now to those in greatest need. More details to come on my Giving Back page http://www.melissadisney.com/givingback

Thank you gracious friends. May God bless you and your families and keep you safe and healthy! ️

If you’ve visited Disney theme parks, you’ve most likely heard her creative talents there too! She has created character voices for numerous rides over the years including Star Tours, Golden Zephyr ride, Bug’s Life and recently became the voice of the Carousel in Shanghai Disneyland.