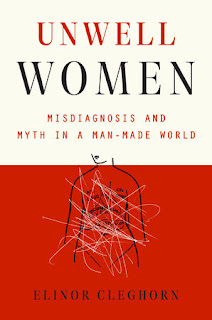 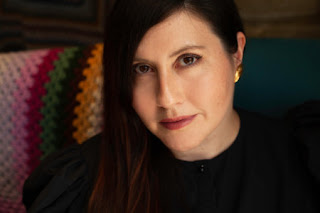 LISTEN to the conversation with Elinor
ELINOR CLEGHORN

Elinor Cleghorn became an unwell woman ten years ago. She was diagnosed with an autoimmune disease after a long period of being told her symptoms were anything from psychosomatic to a possible pregnancy. As Elinor learned to live with her unpredictable disease she turned to history for answers, and found an enraging legacy of suffering, mystification, and misdiagnosis. In her book UNWELL WOMEN: Misdiagnosis and Myth in a Man-Made World, Cleghorn traces the almost unbelievable history of how medicine has failed women by treating their bodies as alien and other, often to perilous effect. The result is an authoritative and groundbreaking exploration of the relationship between women and medical practice, from the "wandering womb" of Ancient Greece to the rise of witch trials across Europe, and from the dawn of hysteria as a catchall for difficult-to-diagnose disorders to the first forays into autoimmunity and the shifting understanding of hormones, menstruation, menopause, and conditions like endometriosis.

Packed with character studies and case histories of women who have suffered, challenged, and rewritten medical orthodoxy—and the men who controlled their fate—this is a revolutionary examination of the relationship between women, illness, and medicine. UNWELL WOMEN explores:


· The absurd practices and diagnoses of women throughout history: From female circumcision in the 1800s as a remedy for misunderstood diseases and prefrontal lobotomies as “cures” for ulcerative colitis in the 1950s, Cleghorn digs into the truly unbelievable and sometimes horrific treatment of women in medicine for millennia.

· How ancient sexism is still evident in medicine today: Women’s inferiority in modern medicine began with its founder, Hippocrates, who believed women were controlled by their uteruses and that their bodies were a weaker inverse of the male body. Medical myths about gender (especially the idea that women’s pain is more likely psychological or emotional) have led to a system that is more likely to offer women anti-depressants and tranquilizers than referral for further diagnosis.

· The fatal combination of misogyny and racism: Cleghorn explores the intersectionality women of color face in the medical field. Discrimination puts Black, Asian, Indigenous, Latinx, and those who don’t identify with gender norms in an even more precarious position when it comes to being heard by medical professionals. 22% of Black women in the US have experienced discrimination when visiting a doctor or clinic and many still believe that Black women have a higher pain tolerance. These are dangerous myths that can lead to poor medical care and even death.

· The hard-fought battles of feminist pioneers in the world of medical rights: All waves of feminism have been fighting for women’s medical rights. Cleghorn writes about the contributions of women from Charlotte Perkins Gilman (“The Yellow Wallpaper”) to Margaret Sanger, the American nurse, sex education pioneer, and birth control activist; and Clelia Duel Mosher, who normalized menstruation in the 1900s. These women made a stand for gender equality in medicine, but despite their good intentions, many of these women also had much to learn about making medicine inclusive and fair for more than wealthy, white women.

Elinor pays homage to the women who suffered so strides could be made, and shows how being unwell has become normalized in society and culture, where women have long been distrusted as reliable narrators of their own bodies and pain. But the time for real change is long overdue: answers reside in the body, in the testimonies of unwell women—and their lives depend on medicine learning to listen.

Elinor Cleghorn has a background in feminist culture and history, and her critical writing has been published in several academic journals, including Screen. After receiving her PhD in humanities and cultural studies in 2012, Elinor worked for three years as a postdoctoral researcher at the Ruskin School of Art at the University of Oxford on an interdisciplinary arts and medical humanities project.
She has given talks and lectures at the British Film Institute, where she has been a regular contributor to the education program, Tate Modern, and ICA London, and she has appeared on the BBC Radio 4 discussion show The Forum. In 2017, she was shortlisted for the Fitzcarraldo Editions Essay Prize, and she has since written creatively about her experience of chronic illness for publications including Ache (UK) and Westerly (AUS). She now works as a freelance writer and researcher and lives in Sussex.