KUCI host Janeane Bernstein speaks with writer/director/actress Kathryne Isabelle Easton about her film, "Borrelia Borealis", which just had a world premiere at the 2021 LaFemme International Film Festival October 14-17 held both virtually and at the Regal Cinema at LA Live. 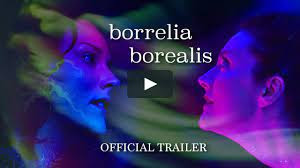 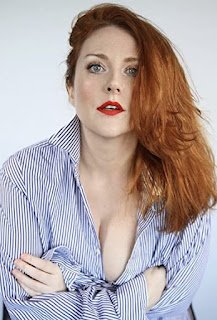 “A beautiful, heartbreaking, illuminating and triumphant love letter to the power of stories…"


OCTOBER 7, 2021 - LOS ANGELES --"Borrelia Borealis", a film by writer/director/actress Kathryne Isabelle Easton, will have it's world premiere at the 2021 LaFemme International Film Festival, running October 14-17 held both virtually and at the Regal Cinema at LA Live.
Easton is a highly regarded filmmaker in the entertainment community whose previous work has garnered her such prestigious honors as double Academy Nicholl quarterfinalist for her scripts "Happy Birthday, Ray!" and "Hemorrhage." She directed the episodic series “Key Question” for Legendary Studios at Geek and Sundry, and she just wrapped principal photography directing her second independent feature film, “Valleyheart.”

"Borrelia Borealis" is a vividly lush, mystically haunting take on love and desire during an unprecedented US lockdown.

In the midst of a global pandemic and raging California wildfires, Beth, who suffers from life-threatening late-stage chronic Lyme disease, is forced to confront her personal demons in quarantine. After a particularly brutal day, she answers a random video call from a mysterious man, and soon an unlikely romance breaks open a boundless cosmic world through astral projection.

Easton has been a multi-hyphenate filmmaker for more than a decade. With her equally talented husband Matt Fore (Director of Photography/ Editor/Producer), the two established Abhorrent Behavior, a full service production company that has produced dozens of award-winning short films, web series, music videos, and two feature films since 2017.

"Writing is where it all starts for me, but it's not where it ends," she declares. “As a filmmaker, my mission is to tell compelling visual stories with women at the center. My main objective is to find the truth in filmic emotion, or the ‘root cause’— it’s in the heartbeat of our actors where the answers lie. It’s there that we can really start to explore the complex human condition, which I have dedicated my life to understanding more deeply and capturing on film.”

"Borrelia Borealis" will screen at the Regal Cinema at LA Live, 1000 Olympic Blvd. on October 15th at 4PM. Individual tickets can be purchased at the box office or by visiting https://lafemme.org.
Posted by Get the Funk Out! at 7:37 AM