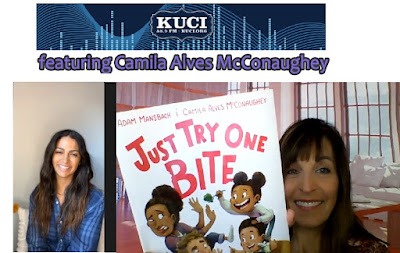 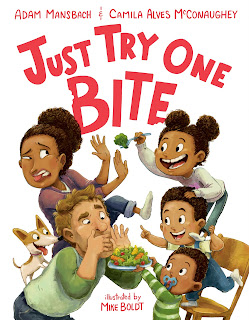 Illustrated by Mike Boldt, JUST TRY ONE BITE is a hilarious role-reversal tale of three kids who try to convince their over-the-top gagging, picky eater parents to choose a healthier approach to food. From the classic “here comes the airplane!” to chasing their parents around the house with broccoli, these kids try everything to get their mom and dad to just try one bite. JUST TRY ONE BITEis a great way to introduce picky eaters to everything from yams and beets to linguini with clams! It’s sure to broaden their palates while also teaching them about finding the balance between all foods.
ABOUT THE AUTHORS 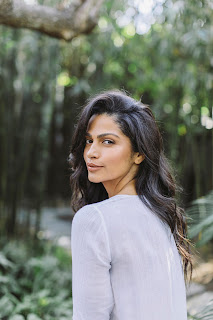 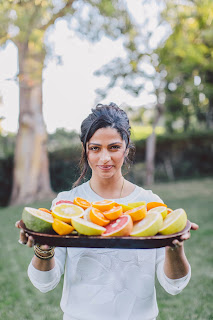 Camila Alves McConaughey is a dedicated mom who values the importance of healthy eating. She is also an entrepreneur and founder of Women of Today, a lifestyle site and community powered by women around the globe. She lives in Texas with her husband, Matthew McConaughey, and their three children. Camila was a mushroom skeptic for thirty-seven years, until a bowl of veggie Bolognese in 2020 turned her into a mushroom lover. Keep trying those veggies! 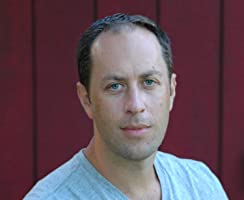 About Adam Mansbach
Adam Mansbach is a novelist, screenwriter, cultural critic and humorist. He is the author of the #1 New York Times bestseller Go the F*** to Sleep, which has been translated into forty languages, named Time Magazine's 2011 "Thing of the Year," and sold over two million copies worldwide. The 2014 sequel, "You Have to F****** Eat," is also a New York Times bestseller.
Mansbach was recently nominated for an Independent Spirit Award and an NAACP Image Award for his screenplay BARRY. The film premiered to rave reviews at the Toronto International Film Festival, where it was acquired by Netflix. Released as a Netflix Original on December 16, 2016, BARRY was directed by Vikram Gandhi and stars Devon Terrell, Anya Taylor-Joy, Ellar Coltrane, Ashley Judd, Jason Mitchell, Jenna Elfman, and Avi Nash. READ MORE 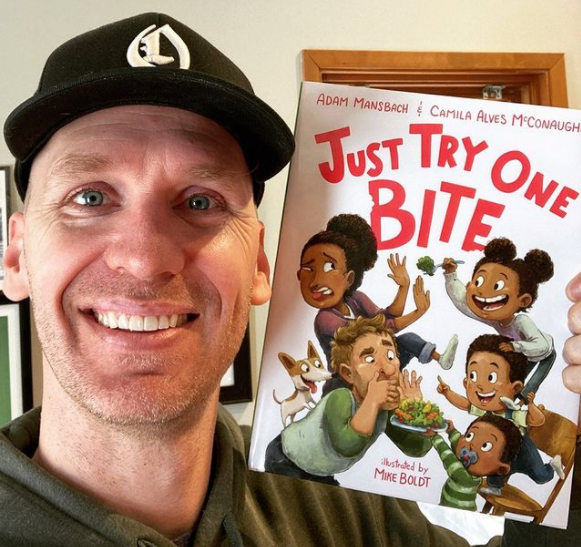 Mike Boldt is an author and illustrator from Canada. His books include Bad Dogand Find Fergus, as well as the I Don't Want to Be a Frog series, written by Dev Petty, and How to Grow a Dinosaur, written by Jill Esbaum. And while Mike really enjoys them now, just onebite of Brussels sprouts used to make him gag.

Author’s personal experience: Camila is a mother of three and healthy eating advocate who knows the importance of starting good eating habits early.
Introducing new foods: From yams and beets to linguini with clams, this story is a great way to introduce picky eaters to foods that'll broaden their palates.
Kids know best: This role reversal is every kids' dream where they get to tell their adults what's best.
Everything in moderation: While these kids are trying to get their adults to eat healthier, the end message is about finding a balance between all foods and not about cutting out certain food groups entirely.
All-star team: Adam Mansbach, bestselling author of Go the F**k to Sleep, and Camila Alves McConaughey, a healthy eating advocate who’s married to Matthew McConaughey, have created a rhyme that's perfect to read aloud, and acclaimed illustrator Mike Boldt's art brilliantly bring to their story to life.