Ford Classic super model and makeup artist Cindy Joseph, the founder and CEO of BOOM! featured on Get the Funk Out! 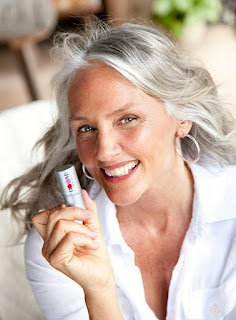 On Monday, January 23, 2012,  Ford Classic Supermodel and makeup artist Cindy Joseph joined host Janeane Bernstein on "Get the Funk Out!" You can hear the entire show here.

Ford Classic super model and makeup artist Cindy Joseph is the founder and CEO of BOOM! By Cindy Joseph, a new and exciting concept in makeup that promotes natural, radiant, and ageless beauty.

Growing up in the San Francisco Bay area, Cindy’s father was a salesman, and her mother was a self-taught architect -- an independent woman who encouraged Cindy to go for what she wanted, no matter what.

As a high school student, Cindy spent hours poring over beauty and fashion magazines, practicing new techniques and beauty products on herself and her friends. Makeup was her passion. Then, during the 1960s, Cindy experienced a dramatic shift of perception, influenced by emerging ideas in the San Francisco Bay area. She opposed society’s growing emphasis on superficial beauty, and the self-esteem issues that ensued.

Cindy weighed her own desire to look her best against her opposition to the idea that a woman needed to “put on her face” to be beautiful.  She soon realized that she would have a greater influence on how beauty was defined if she was “in the game.” Using the skills and talents she developed while working with local photographers, Cindy began a career as a makeup artist for fashion and beauty in the late 70s.

Cindy's natural makeup style went on to influence the face of beauty for the next 25 years. Her talent of using makeup to emphasize and bring forward a woman’s character, personality and natural beauty, rather than masking or changing it, proved invaluable.  She worked for the Esprit de Corps ad campaigns with Oliviero Toscani, and traveled to Paris to work with European magazines and advertising clients.  Cindy arrived in New York at the top of the industry, working with fashion and beauty photographers making up the super models and celebrities of the time.

At the age of 49, Cindy was approached on the street by a casting agent to model for the Dolce and Gabbana campaign photographed by Steven Meisel. The project ignited a modeling career with Ford Models Inc., which continues to flourish today. Now, Cindy is traveling the world working in front of the camera for many of the same clients and magazines she had during her career as make-up artist.

Culling together her passion for makeup, her refreshing perspective on beauty, decades of hands-on research in cosmetics, and expertise in front of and behind the camera, Cindy is thrilled to continue promoting ageless, believable beauty with the launch of BOOM! By Cindy Joseph.

Cindy also writes a monthly blog, "Just Cindy", for Experience Life Magazine, as well as a regular column for the magazine’s print issue.   She brings a new voice to the magazine, with a fresh and provocative perspective.