On Monday, January 2, 2012, Native New Yorker Jenna Torres talks music, songwriting, 9/11 and how she has tackled her own funks only to grow evener stronger! LIVE on KUCI 88.9fm at 9am pst - streaming LIVE on www.kuci.org 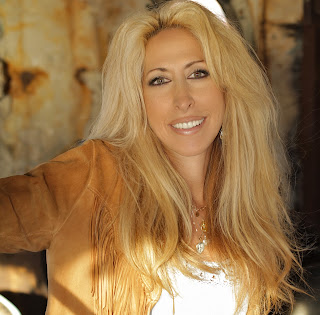 Listen to Jenna's full interview with Janeane Bernstein on the
"Get the Funk Out Show!"
“Vibrant and relevant New York singer/songwriter Jenna Torres delivers first-rate modern country.”
–       Maverick Magazine, UK
“Gentle and fragile yet powerful and emotional, Jenna Torres doesn’t waste one second proving to the listener that she is a force to be reckoned with.”
–       Soho Journal
“Born and bred in New York City, Jenna Torres writes songs that seem to emanate from the Heartland – and go straight to your heart.”
–       J.W. Johnson, BMI


BIO
Singer-songwriter Jenna Torres is something of a contradiction – and not just because she’s a native New Yorker who sounds like a cross between Sheryl Crow and Dolly Parton. Soft-spoken and self-effacing in conversation, Torres is a force of nature when she performs live – an alt-country siren capable of bringing the house down with her powerful voice, burning eyes and beautifully broken heart. Her soulful style of songwriting is fed by the rich eclecticism of her life experiences, which include modeling for iconic photographers Richard Avedon and Robert Mapplethorpe; touring the country as a backup vocalist; the tragic loss of her dear brother; watching the twin towers of the World Trade Center collapse at point-blank range on 9/11; a painful divorce; and the challenges and rewards of being a single parent.
After winning the heart of Warner Music Group CEO Edgar Bronfman Jr. with her 2006 self-titled debut, Jenna was approached by legendary music executive Judy Stakee and offered a publishing deal with Warner/Chappell Music. Since signing with Warner/Chappell, Torres has taken flying leaps as both a solo artist and a collaborator. 2009 saw the release of her second full-length, Thinking With My Heart, whose standout track “I Can’t Kiss Me” was made into a video by veteran No Wave director Amos Poe (The Blank Generation).  As of Winter 2011 Jenna has a Top Ten song on the Billboard Charts “Busted Heart” by For King & Country currently #8 and flying up the Hot Christian 100, AC and CHR Charts.  Jenna co-wrote the song with Ben Glover & the Smallbone Brothers…”Busted Heart” is the most frequently requested song on Air One Radio putting it in the #1 spot!! Throughout the past two years, Jenna has had the opportunity to co-write with some of the biggest names in Nashville, New York and LA.  Jenna is currently putting the finishing touches on her next release.
RELEASES
·       Thinking With My Heart LP (2009)
·       Jenna Torres LP (2006)
ONLINE