Director/Producer/Actress/Comic/Writer Andie Bolt joined me Monday at 9:30am pst to talk about her first feature film WoW MoM! 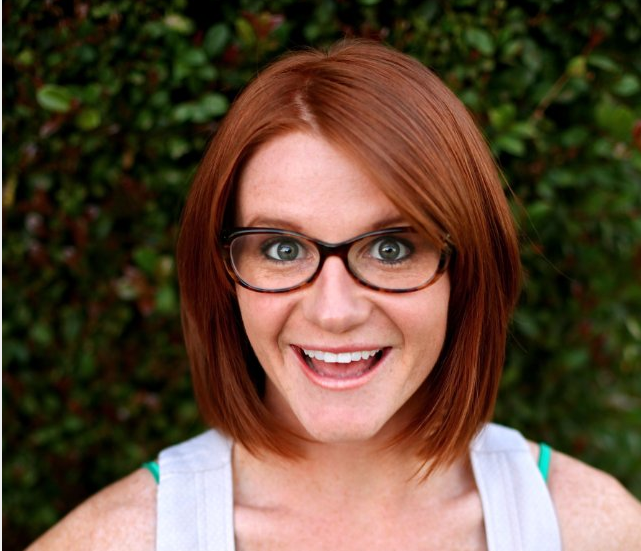 Did you miss today's show with Andie Bolt?
Listen to our conversation here!

ABOUT ANDIE BOLT
Andie Bolt - Actress/ writer/ director/ comic/ side seat gamer. (Queen of the "slash".) Andie has her own production company named after her father, Red Bolt. She has been performing writing and performing stand up comedy since she was 14, performs currently at UCB, IO West, and various comedy clubs around Los Angeles.

In January a series Andie wrote produced and stars in will be released via Geek Nation titled Red Baroness: Warrior Single Lady. Inspired by her love of the Red Sonja comics.

Andie would also like to add that she is a proud feminist, seeks out and writes strong female characters while creating and providing jobs for women both in front and behind the camera. 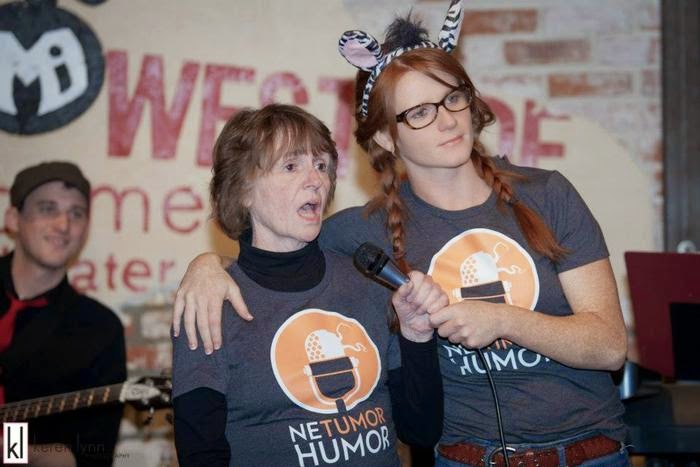 A Note From the Director, Andie Bolt

Two years ago on the Nerdist Podcast, Chris Hardwick asked what I talk about in my stand up. At that time my Mom was using World of Warcraft to cope with her cancer and I was telling jokes on stage as a way to deal. Chris Hardwick, to my delight and gratitude, came up with a brilliant plan: “We have to send your Mom to BlizzCon!” My mom heard the Nerdist podcast and was bursting with excitement.

At the time, Mom was about to start a new clinical trial and this felt like a sign: I needed to stay with her and be part of this journey. After Mom got some rest, I told her the rest of the great news: “We’re going to BlizzCon and I’m going to film it! We are going to tell the world about your cancer so that maybe other people won’t go undiagnosed like you.” Her face lit up up as she realized by sharing her story of her battle with NET/Carcinoid Cancer, others may not have to suffer with a delayed diagnosis.

As I started telling this story, it was obvious that this project had much more to say than could fit into a web series. We needed a full-length film to tell these stories and accurately describe all the fantastic people I’ve met on this journey. Making a project you really, truly care about causes people to come out of the woodwork; beautiful, kind humans who want to impact others in a positive way. We weren’t just playing Warcraft, we were making a documentary, but it felt like I had my own guild. Everyone had their roles and we were raiding through on the tiniest of budgets. This crew was giving everything and even at complete exhaustion, giving more. We shot 17 hours worth of footage at Blizzcon on two cameras alone with the entire crew crammed into one hotel room. Not one person complained. When I tried to pay my sound operator he said, “Donate it to your Mom’s hospital.” Needless to say, I’ve cried a lot making this. Lots of happy tears! No one has ever cared this much about something I was making. This isn’t just my movie, it belongs to all of the beautiful people in front and behind the camera.