If you missed Caatje on today's show, listen here!

Director, producer, writer, and performer, Caatje van Leeuwen is the founder of Amsterdam-based production company Sun Cat Productions. Her passion lies in telling slice-of- life stories that weave larger social issues with intimate glimpses into the relationships of everyday people. The result is a series of short films that aim to go beyond the inherent beauty of film-making as an art form to the beauty of life itself, inspiring hope from otherwise dark corners. 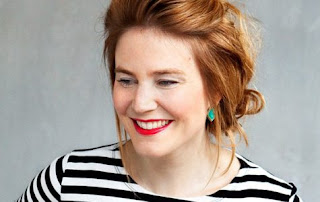 In recent years, Caatje has developed, written and directed multiple film projects and has proven to be a driving force for each taking on multiple roles, as necessary. Most recently she wrote and directed Different Stories, Jan, the dark comedy The Upper Crust, and The Man For The Boy for artist Blackbird (Merel Koman) to be released in October 2016.

She is a best director nominee for short film, Jan at the Amsterdam 48 Hour Film Project (2015, Jan also won 2nd best film, best editing and nominations for best cinematographer in the contest.

Her latest short, The Upper Crust screened at the 2016 Cannes film festival Short Film Corner and is selected for the 2016 LA Femme Film Festival and the Sunscreen Film Festival Florida 2017.