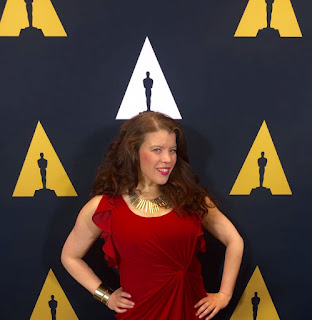 If you missed Cecilia Gärding on today's show, listen here!

Cecilia Gärding, author ("Afroswedish"), filmmaker, ethnologist and political scientist, is now releasing her second book, "Diversity in the Swedish Film Heritage 1890-1950".
This time the book is about the Swedish Film Heritage and the representation of the ethnic diversity in the films between 1890 and 1950. At the invitation of the Academy, the book will launch at the Student Academy Awards, September 22, where she will promote the book at the Margaret Herrick Library.


Cecilia Gärding wrote the book "Afroswedish" in the new Sweden in 2010 and produced the film "We are like Oranges" in 2012. The film was honored as the “Best Foreign Film” at the LA Femme Film Festival in Hollywood in 2014. This film was the first to portray an Afroswedish young man as a hero in the lead role in Swedish film history.

Film as an art form came to Sweden after the major powers in Europe had colonized large parts of the world, during the heyday of racial thinking and at the time of mass emigration. The book addresses how this affected films and how film as such was introduced to a Swedish public, thanks to foreign entrepreneurs. Film quickly became the most popular form of entertainment. But what images did the films disseminate about different ethnic groups?

This book is the first in Sweden to give an overview of 60 years of film history where the focus is on how ethnic minorities and people in European colonies and other countries have been presented in documentaries and films. The book presents and compares how, the Sami, Jews, the Roma, Finns, Turks, Arabs, Asians and Africans has been portrayed. This is to demonstrate how these groups have been stereotyped and very seldom even given the chance to play themselves.

The development of Swedish society, Real politiks, racial thinking and the colonial ambitions of the Swedish state are discussed to highlight the fact that film has often been used to serve the interests of those in power. About half of the book deals with the Second World War where more light is shed on how world events also affected Swedish film. The book explains why the Swedish film industry played an active role in the SS-led International Film Chamber and the consequences of that co-operation regarding the films made and its anti-Semitic presentations. This cooperation also ensured that Sweden did not create anti-nazi film productions between 1935-1943.

The book also explains how prejudices promoted by the use of stereotypes and race performativity (e.g. when an ethnic Swede plays a person of another ethnic background) affect us biologically. The book advances suggestions of what needs to be done to increase the inclusion of ethnic minority groups in the film sector through the inclusion model, the 25% rule developed by the author. The medium of film can change how we perceive ourselves and others. It is up to us to manage that possibility to the benefit of all.

The book is one of the end results of the youth project The Cultural Heritage Agents, a project for young workers with an ethnic minority background in the cultural sector. The project was conducted under the auspices of Kulturens. The book is published by Lyxo publishers.
Posted by Get the Funk Out! at 3:23 PM