9/4/17 author Robyn Stein Deluca called in to the KUCI studios to talk about her book, "The Hormone Myth - How Junk Science, Gender Politics, & Lies about PMS, Keep Women Down." 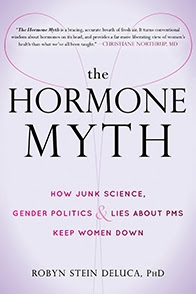 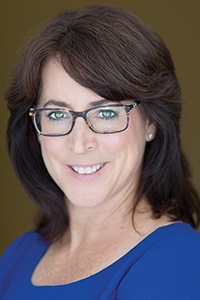 “The Hormone Myth is a bracing, accurate breath of fresh air. It turns conventional wisdom about hormones on its head, and provides a far more liberating view of women’s health than what we’ve all been taught.”

The myth of the hormone-crazed woman is so firmly entrenched in our culture it can be found everywhere from characters in popular films, to the words of presidential candidates, from business start-ups advertisements to twitter feeds.

But do women really become raving lunatics when their hormones fluctuate? And do they really act “baby-crazy” at a certain age?

With a thorough exploration of women’s hormonal lives, from the initiation of menstruation through menopause, and a close look at recent scientific research, The Hormone Myth demands we all reject the negative stereotype of the hormone-crazed woman and embrace women's high functioning reality and true potential, across their lifetime.

Robyn Stein DeLuca, PhD, is a research assistant professor in the department of psychology at Stony Brook University, and was a core faculty member of the women’s and gender studies program for fifteen years. She has taught a multitude of courses on health, gender, and reproduction, and her research on postpartum depression and childbirth satisfaction has been published in scholarly psychology journals. Her TEDx Talk “The Good News About PMS” has had over one million views and has been translated into twenty-two languages.

​“Do hormones make women go a little crazy right before they get their menstrual period? Not really…. Written in a conversational tone, and full of helpful information about hormones (including an appendix primer on what each of them is and another on how to spot junk science), DeLuca’s guide is uplifting and empowering.”—Booklist, June 1, 2017

The Hormone Myth: How Junk Science, Gender Politics, and Lies about PMS Keep Women Down by Robyn Stein DeLuca