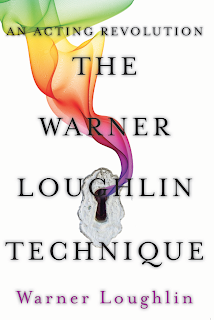 Warner Loughlin is releasing an acting book, The Warner Loughlin Technique: An Acting Revolution (Howland-Tilley Press, January 30, 2018) and taking interviews in support of her tour.

Warner truly is the woman behind the talent! With her guidance actors are finding the well to dip into for their performances. She's the reason half the movies and TV shows you watch are enjoyable, and she is available for general Hollywood discussion in time for Awards season kicking off this January... as well as more detailed discussions such as:

“I’ve been working with Warner Loughlin for years. Not only has she helped me become a better actor, but she’s also helped me truly enjoy this work in ways I never imagined.”


Loughlin debunks the myth of the tortured actor and guides you step by step through her groundbreaking technique. Discover powerful ways to unlock your creativity in a
psychologically safe way. Her insight into life and art is remarkable. The Warner Loughlin
Technique changes the way acting will be taught for generations to come.

ABOUT
For over 20 years Warner​ ​Loughlin​ ​has been a teacher and coach to Oscar, Emmy, Golden Globe, Tony and Grammy winners and nominees. Known for her warmth and intuitive approach, her technique shatters the myth that an actor's past emotional traumas must be the fuel or foundation for their work. Warner’s technique is imaginative, practical and psychologically deep, giving actors a safe and effective way to access emotion and create extremely nuanced and unique performances. Warner studied Contemporary Literature and Shakespeare at Oxford University and received her Bachelor of Arts degree from the University of North Carolina at Chapel Hill. She now lives in Los Angeles, CA with her family.