Wayne Avrashow knows politics and campaigns inside and out, and it shows in his first novel “Roll the Dice." Avrashow joins host Janeane Bernstein 1/15/18 at 9:30am pst! When performer exits stage for politics in “Roll the Dice,”dark secrets are exposed and scandal is around every corner

ENCINO, California – When Tyler Sloan, famed singer-songwriter and member of the Rock n’Roll Hall of Fame, retires from the Las Vegas stage to campaign for election as Nevada’s next U.S. senator in “Roll the Dice” (Fiery Seas, Nov. 28), intrigue and scandals bubble up from every corner.

Issues with his father, a former California governor who nearly became president, permeate their relationship and the campaign. Sloan’s attorney has one eye on protecting Sloan and the other on his own interests. Another musician blackmails him with a decades-old video sex tape of Sloan and two women, one of whom is his Republican opponent. Sloan’s edgy relationship with his attractive young media advisor borders on the edge of propriety, and his campaign manager is embroiled in legal troubles with the FBI. Throughout this turbulent ride, Sloan tries to protect his 13-year-old daughter from all of this, but finds it difficult to shield her from her mother, who is becoming increasingly dependent on prescription medications. 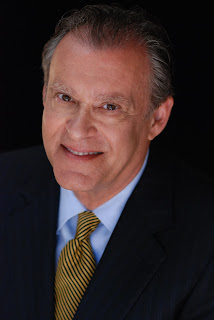 Wayne Avrashow knows politics and campaigns inside and out, and it shows in his first novel. In pre-publication review, Kirkus awarded “Roll the Dice” as one of the year’s best unpublished
manuscripts, and termed it “politics at its corrupt, dysfunctional best.” It is filled with dark secrets, family tension, blackmail and bribes.

Sloan is a unique character who runs as a political independent, refuses campaign contributions and disdains support from lobbyists. “Roll the Dice” takes the reader on a tense, thrilling ride
through the campaign for a seat that will ultimately control the equally divided Senate.

Wayne Avrashow is an attorney, former campaign manager in Los Angles politics, government commissioner, and author of numerous op-ed articles on political and legal issues. “Roll the Dice” has received positive blurbs from a New York Times-bestselling author, a prominent movie producer and elected political figures, including the former mayor of Los Angeles.

Avrashow is also the author of “Success at Mediation-10 Strategic Tools for Attorneys.” Find him online at www.wayneavrashow.com, on Facebook, and
on Twitter, @WayneAvrashow.


What happens when one of America’s biggest rock stars leaves the Las Vegas stage to run for the United State Senate?

The ultimate celebrity candidate, Tyler Sloan is no stranger to politics – his estranged father was a California governor who narrowly lost a Presidential campaign. He runs as a political
independent, refuses campaign contributions, and dismisses special interests and lobbyists.

Sloan is caught in a political campaign fraught with; sexual scandal, corruption and conflicting loyalties. Will he be able to navigate through political turbulence and his own past to win the
race?

Contemporary political thriller
Posted by Get the Funk Out! at 6:49 PM