LISTEN to today's conversation
with George Lee,
Co-Founder of the Age of No Retirement


ABOUT THE AGE OF NO RETIREMENT
Our goal is simple. To create a world where our age does not define us. Shattering age-related barriers and ageist stereotypes. Creating an age inclusive future. 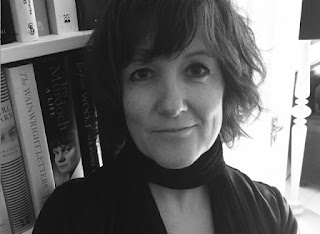 VISION
In this turbulent time of deeply embedded divides and entrenched stereotypes, we are bringing together the collective wisdom and constructive participation of everyone — of all ages, all cultures, all business sectors, and across all geographies — to redesign a new society that works for all generations.

As Patti Moore, the mother of Universal Design said so eloquently, "when we insist on categorising people as either young or old...we create falsely conflicting camps for attention and action."

Let's all work together and create a world which works for us all.

ABOUT GEORGE LEE
In 2016, George was voted as one of the world's 50 Creative Leaders by the world's leading creative and innovation magazine, Creative Review. George started out as an organisational psychologist however soon realised that radical change could be achieved more effectively and more successfully using the power of design and radical creative thinking. In 2002 she founded her design company, This is Real Art. In its 12-year lifespan it became one of the most disruptive and celebrated design studios in the world, working with the likes of Channel 4, Sony, Virgin, MTV and Coca-Cola.
In 2012 she launched Commonland, a studio dedicated to using design-thinking to tackle big social issues. It was through Commonland that she met Dr. Jonathan Collie and the co-journey to tackle ageism and create a more united age neutral world began.

George lives in London with her daughter Iris and a rather exuberant hound called Ivy.

WHAT THEY DO
We bring together some of the best creative minds in Britain to help organisations realise the social and economic value of all-age thinking.

— We help organisations build an intergenerational workforce, where people of all ages, and all stages of their careers, can thrive in an inspiring age-inclusive environment.

— We help organisations find the right words and narrative with which to communicate with their customer base: where 25 year-olds and 65 year-olds have more in common than ever before.

— We help organisations avoid age-related stereotyping in the design of new products and services, so that they have the greatest appeal to the broadest reach of customer possible.

— We help organisations to think about the people and communities that they serve as more than a linear sequence of outdated age-specific groups of people. The linear life model is shattered, the retirement line has blurred, and people resent being treated like a number in an age-band bucket.