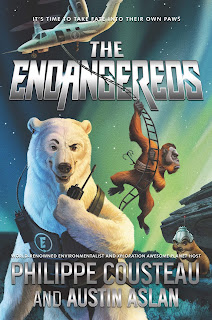 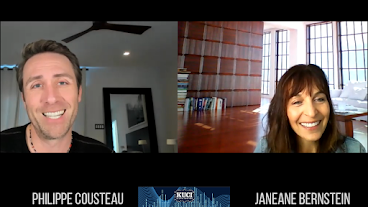 Multi-Emmy-nominated TV host, author, speaker, and social entrepreneur Philippe Cousteau (Discovery, BBC, CNN, Travel Channel) pours his passion for wildlife and exploration into his latest release for young readers, The Endangereds. The first book in a science-backed, high-action series, this adventure of a spunky group of endangered animals has an important environmental message for young audiences. Through twists and turns, underground caverns, sneaking through private buildings, and a villainous kidnapping, four daredevils will stop at nothing to save the animal kingdom that they love.


"Exaggerated character traits and a complex plot contribute to the appealing concept of hyperintelligent animals engaging in heist like rescues. Heaps of information about geography, climate change, humanity’s impact on animals, and species reintroduction is shared, appealing to readers who are interested in these subjects."
– Kirkus Reviews
ABOUT

It’s time for animals to take fate into their own paws! The Endangereds is the first book in a thrilling new adventure series by world-renowned environmentalist and Emmy-nominated host of Xploration Awesome Planet Philippe Cousteau and award-winning TURBO Racers author Austin Aslan.

Innocent animals are in trouble: temperatures are climbing, tides are rising, and nature is suffering. Someone needs to step in to rescue animals from extinction. Someone needs to turn this mess around, before it’s too late.

And that someone is . . . the Endangereds, the unlikeliest heroes you’ll ever meet—a superstrong polar bear, a pangolin with a genius for engineering, an extremely sarcastic narwhal, and an orangutan with a big dream.

Together, these four daredevils are determined to save endangered species across the globe, no matter what the risk. Rappelling into an underground cavern to save the day? No problem. Looping video footage to sneak through buildings unnoticed? Got it covered. Opening a doorknob? Okay, pretty hard without thumbs. But don’t worry. No matter what it takes, the Endangereds will get the job done.

But when two of their friends get kidnapped by a villain with a dastardly agenda, the team finds themselves up to their snouts in trouble. Can the Endangereds save the day? Or will this villain put humans and animals alike on the extinction list?

The A-Team meets the animal kingdom in the first book in the thrilling new adventure series from the host of Xploration Awesome Planet Philippe Cousteau and award-winning author Austin Aslan.

A Few Sample Talking Points:
Your latest novel focuses on endangered animals. How has your work as a television host for Discovery, BBC, CNN, and Travel Channel inspired the characters and themes?
How do you feel that the novel best teaches young audiences about such an important theme about the Earth and conservation?
What is the greatest takeaway that you’d like your readers to have after finishing The Endangereds?
In addition to being an author, you founded EarthEcho International in 2004. Please tell us more about this organization and it inspires future generations?
This Fall, you are partnering with EarthEcho International, Exploring by the Seat of Your Pants and the World Wildlife Fund to host a series of free virtual events for middle school educators, caregivers and students – can you tell us more about these?
How do you continue the legacy of your late grandfather of Jacques Cousteau in your day-to-day life?
What are some of the most fascinating things that you’ve learned as the host and executive producer of Awesome Planet?

HARPER, an imprint of Harpercollins

Inspired by the legacy of his grandfather Jacques Cousteau, Philippe Cousteau is a multi-Emmy-nominated TV host, author, speaker, and social entrepreneur. He has hosted numerous TV programs for Discovery, BBC, CNN, Travel Channel and more. Currently he is the host of the syndicated television show Xploration Awesome Planet and producer/narrator of a new Virtual Reality experience Drop in the Ocean. Philippe is the author of several award-winning books and is a sought-after speaker having keynoted events for the United Nations, Harvard University, and more. In 2004 he founded EarthEcho International; the leading environmental education organization dedicated to inspiring youth to take action for a sustainable planet. Philippe and his wife, fellow explorer and TV host Ashlan Gorse-Cousteau reside in Los Angeles.