Jon Sherman, Associate Professor of Film Kenyon College, talks about his latest film, his role as Director and Co-Writer and more! 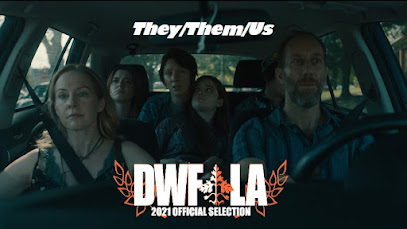 When two single parents meet on a dating site and move in together, they must blend their family of four teenagers while navigating a new relationship. They/Them/Us is contemporary family comedy set against the backdrop of a light-hearted kink world.
WATCH the TRAILER

LISTEN to the conversation
SHORT SYNOPSIS

They/Them/Us tells the story of Charlie and Lisa, two divorced parents in their 40’s who find themselves at a midlife crossroads. Both are single parents and they have four complicated teenagers between them: one non-binary gender kid, one who orders his weed through the mail, one very outspoken one, and last but not least, the “good” child. Lisa and Charlie meet on a dating site, fall madly in love and move in together way too soon. They/Them/Us is the story of how they manage the challenges of parenting some very demanding teenagers while trying to juggle an adult sexual relationship. 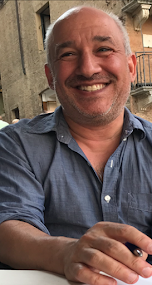 They/Them/Us is Jon Sherman’s third feature film. His first film, Breathing Room, starred Dan Futterman, Susan Floyd, Edie Falco, and Paul Giamatti. It was released in more than 25 countries worldwide. His next film, I’m With Lucy, was a romantic comedy produced by Gaumont, the largest film studio in France. It starred Monica Potter, Gael Garcia Bernal, Julie Christie, Anthony LaPaglia, John Hannah and Harold Ramis. It was the opening night film at the 2002 Deauville Film Festival and has been released in more than 50 countries worldwide.
He has also directed television movies for the Oxygen Network and worked with Working Title Films and Paul and Chris Weitz' Depth of Field Productions. Sherman is an Associate Professor of Film at Kenyon College in Gambier, Ohio. He is deeply committed to developing the film community in Columbus and is President of the Board of Film Columbus and a Board Member of the Greater Columbus Arts Council.
WEBSITE: https://www.theythemusfilm.com/about-the-film